THERE is nothing like seizing back a bit of power when you are feeling overpowered or, worse, powerless.

That is what happened on Friday when the Premier League, English Football League and Women’s Super League clubs, plus cricket and rugby clubs and organisations, started a four-day boycott of social media platforms.

There is nothing like the power of walking away to say: Enough. The boycott signified our collective anger at the toxic abuse generated on social media and lack of action to make it stop.

I’m on the receiving end of horrendous, vile abuse on a daily basis. In the Wild West of the online world, sexism and misogyny abound.

So does racism, unleashed in torrents by those inadequates buoyed by anonymity.

Even those with the thickest skin can’t help getting ruffled when death and rape threats are made. Not only about us but about family members.

The problem is companies such as Twitter, Facebook and Instagram, which have the money and technology to monitor, filter and ban abuse, do not do so.

There is nothing like the power of walking away to say: Enough.

If I even glance at a lawnmower online I am forever inundated with lawnmower ads. It is hard to believe they cannot ­create algorithms that automatically screen out abuse, certain phrases and words.

These companies have branded themselves platforms, not publishers, which means they cannot be held responsible for the comments made. That has to change, because only when it does will they focus on resolving the problem.

The reporting system needs to change too. Currently it is challenging enough to make it feel like it’s not worth the bother. It takes ages to get a reply.

All too often no action is taken and even the police struggle to get the names and addresses of the abuser to take legal action.

As a result, I often turn a blind eye but sometimes it’s too much to ignore.

The other day I reported a particularly disgusting tweet detailing graphic and deeply disturbing suggestions of what should be done to me sexually.

It involved the use of the vile phrase “spit-roasting” and sex toys. I tell you this detail just to show you how graphic it was.

But when I reported it to Twitter, I was told that the message did not violate its rules, which is mind-boggling.

Many of my players and colleagues at West Ham are on the receiving end of horrific, often racist, attacks daily.

Social media can be a power for good. But it can also be dangerous and damaging. Until we can rely on individuals to behave better, there needs to be a system to ban people who behave badly.

Boycotting social media companies will hopefully encourage them to take action and to do more to eradicate online hate, such as active filtering, blocking and swiftly removing offensive posts.

There need to be real-life consequences for people who think it is acceptable to peddle toxic abuse.

Social media companies have the money and technology to monitor, filter and ban abuse[/caption]

Until action is taken by them we have no choice but to take action ourselves. Sure, boycott action from sport in isolation will not eradicate online abuse.

But it is important to take a stand. The only way we can push to establish meaningful change on social media platforms is to stage a boycott, which is sad really, as lots of people use it to be in contact with their clubs and to follow player news.

The problem with online abuse is that it strays into the real world very quickly.

Online abuse of women is rife. There isn’t a name I haven’t been called, a threat that hasn’t been made towards me, just for being a woman.

Many women are threatened with ­violence and threats so frequently it can have the (presumably intended) effect of silencing them, not only on social media but in other spaces.

It can force women out of politics or public life, such as the 18 women parliamentarians in the UK who in 2019 decided not to run for re-election.

It’s an extremely sad reflection on our society that abuse is so commonplace and people think it is OK.

We should all adhere to the idea that if you wouldn’t say something to someone’s face, then don’t say it on social media.

Until that happens, social media companies need to take responsibility and come down on online abuse like a ton of bricks.

LET us take a moment to appreciate the marvel that is Dame Joan Collins, who at the age of 87 remains unfeasibly glamorous even when wearing high-street clothes.

This week she looked blooming wonderful in a pink blazer from Zara as she arrived for dinner at Craig’s restaurant in West Hollywood with her husband Percy Gibson, who is only 56.

Joan Collins, 87, looked as glamorous as ever as she stepped out in a Zara blazer[/caption]

Joan is the epitome of old Hollywood glamour and perfect proof that it’s not what you wear, but how you wear it.

Seriously, how many women approaching 90 look anything like this?

End of the Line 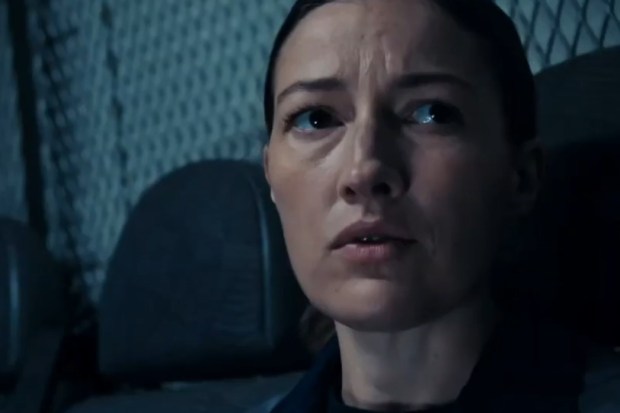 MILLIONS of us are on tenterhooks about the finale tonight of the brilliant, spellbinding and totally addictive Line Of Duty.

I cannot wait. In fact, I have been wishing my life away waiting to find out who H is.

IT can’t be easy to come forward to accuse a Bafta-winning actor and producer of harassment, groping and bullying.

But that’s what 20 women have done, over the way they claim they were treated by Noel Clarke.

Noel Clarke has been accused of harassing 20 women[/caption]

Described as a “sexual predator”, he has been accused of covertly filming a nude audition by a young actress without her consent, exposing himself to a woman in the back of a limo, groping a women in a lift, sexually propositioning and threatening women, as well as pressuring women to perform sex scenes in the nude.

His friend claims he has been “vilified” because “no one likes it when a man of colour gets to the top”.

Noel has denied all the accusations but apologised to colleagues who feel “uncomfortable” about any of his behaviour. Bafta will be feeling uncomfortable after having to strip him of his recent award.

A fat lot of sense

I KNOW we have an obesity crisis in this country. But I do not agree with the latest expert view that severely obese people should be refused junk food at fast-food restaurants.

The author claimed we need to “be cruel to be kind” when it comes to serving unhealthy food.

But this does not feel like a very sustainable solution to the obesity crisis.

Aside from the question of whether fat-shaming people, and treating them like children, would cure them (unlikely), it would be unrealistic to ask restaurant workers to become the fat police. Like asking off-licences not to serve alcohol.

Surely prevention is better than cure.

It’s all about education, support, knowing how to cook healthy meals and encouraging people to be active.

IS it any wonder Labour are so focused on “cash for curtains” and the refurb of Boris Johnson’s Downing Street flat – which they spent a load on refurbishing under Tony Blair?

The country is ahead on vaccines and getting back to normal, and the Conservatives have an 11-point lead over Labour.

I know some people (mostly Labour politicians) are up in arms about whoever initially paid for the redecoration of Boris’s flat. But maybe the most important point is that he has paid the money back in full.

I am more up in arms that the Tory party didn’t pay for it to begin with.

BJ doesn’t own the house, it is a working home and, frankly, our Prime Minster does deserve to live somewhere with his young family that’s reasonably presentable.

OH dear. It seems the Duke of York has once again exercised his dodgy judgment – by going into business with Harry Keogh, a former Coutts banker who was accused of sexual harassment.

Keogh left the Queen’s bank in March 2018 after he was accused of touching a female colleague inappropriately and boasting about his sexual exploits.
It is claimed some female staff refused to work with him.

Prince Andrew has gone into business with Harry Keogh, who was accused of sexual harassment[/caption]

A source close to Prince Andrew defended Keogh as a “friend and adviser to the Duke”.

The source described him as “the Duke’s private banker for some 20 years”.

Let’s just say, if I was trying to clear my name for my associations with convicted paedophile Jeffrey Epstein, I would spend all my energy on being whiter than white.

Most read in Karren Brady

At the very least, I would avoid fraternising with people ever associated, innocent or otherwise, with any kind of sexual misconduct allegations – let alone getting into bed with them, so to speak.

Clearly, Prince Andrew is oblivious to the optics of this.

Despite everything that has happened as a result of his keeping company with Epstein, going into business with Keogh may show he hasn’t learnt any lessons at all.

Hostile states have interfered in British politics by trying to influence ministers and MPs, head of MI5 blasts

Fit To Fly Announces Their Official Launch In The UK