BRITAIN is not just healing, it is roaring back to health.

Look at the tsunami of good news yesterday. Covid infections have fallen 40 per cent in a week — to just one in 1,010 people in England — even after our shops and schools opened.

Labour blames the PM for every failure, while denying him credit for any success[/caption]

Some 22million of us live in areas where the virus killed no one in April. Some major cities have had no Covid deaths in two months.

We were here last year, of course, only for a hideous new wave to strike. But vaccines were just a glimmer of hope then, not the miraculous game-changer they have proved.

Now 51.2 per cent of the population have had one jab, 21.8 per cent have had both and nurses are celebrating intensive care units empty of Covid patients for the first time in months.

Our borders will reopen in 16 days for travel to approved countries. There is hope for summer hols. In two weeks those not already hugging family and friends will be officially allowed to.

This weekend is set to be the boozy kick-start to what Barclays’ boss ­predicts will be the most spectacular economic bounceback since 1948. And given that we have the lowest Covid rate in the G7, we are well placed to steal a march on the competition.

Labour blames Boris Johnson for every failure, while denying him credit for any success. But the public is starting to loathe such juvenile point-scoring.

The NHS jabs programme the PM and his team masterminded is the envy of the world. His vast economic rescue package has saved countless jobs.

No wonder Keir Starmer’s ratings plummet as he obsesses about wallpaper. 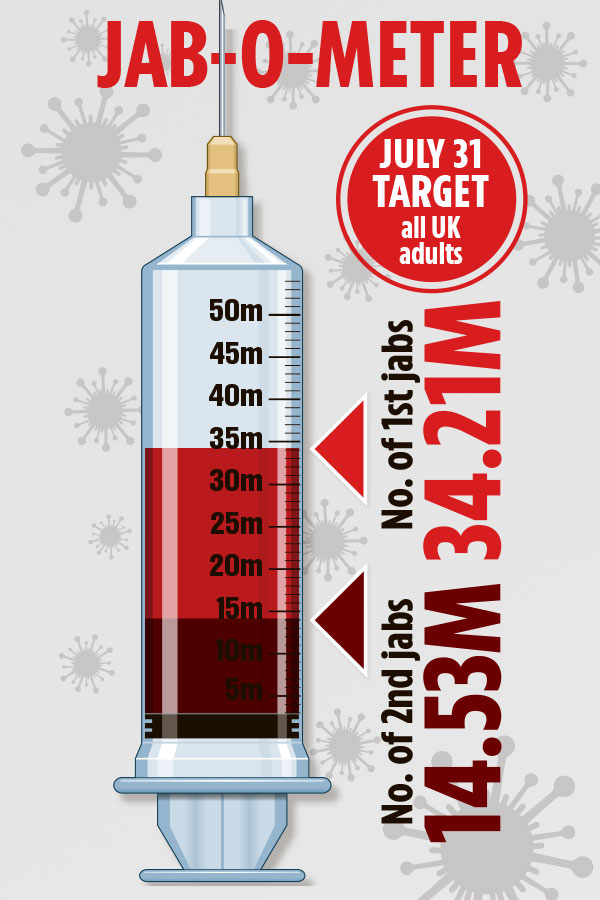 WE’RE even more confused today about the SNP’s concept of independence.

Its foreign affairs chief Alyn Smith says Scotland, out of the UK, would merrily join both the EU AND the euro.

Alyn Smith says Scotland, out of the UK, would merrily join both the EU AND the euro[/caption]

Leave aside the ruin that has brought some smaller EU nations.

How is Scotland “independent” if it leaves the UK but hands control of its laws, borders, trade and economy to Brussels bureaucrats . . . and even uses their currency?

The SNP is inspired less by independence than it is by ugly anti-Englishness.

BUDDY the tiny, yapping Chihuahua looks like he’s all bark and no bite. Sadly it is not strictly so.

But the idea he could be destroyed and his hapless owner jailed for the one-off nipping of an Avon lady is bonkers.

The Dangerous Dogs Act is meant to protect against mutts that are, well, dangerous.

Buddy has never bitten a soul before or since Louise Elliff. He could be bullied by any self-respecting cat.

We sympathise with Louise. But let’s not bump off Buddy.

What Is Upholstery? How to Choose the Best Fabric and Cleaning Service for Your Sofa?