After more than a year of unprecedented disruption, everyone at British Airways is excited to go flying again this summer.

Tourism bosses in Europe and around the world are begging Brits to come back, and we’re ready to take you there.

When not in the air flying passengers or cargo, our pilots and cabin crew have been training on multi-million pound simulators.

Our engineers have been taking care of the aircraft that we’ve parked all around the world, and we’ve been changing the way we operate at the airport and on board to make the experience super safe.

Every time restrictions are relaxed, we see a spike in bookings.

Yes, we’re all desperate for a holiday.

But it’s not just that.

More than 5million Brits live abroad and they want to see their families.

It’s heart-breaking that they’re not able to do that.

And then there’s the travel that’s needed to do business.

From finance to healthcare, great UK companies rely on international travel to do deals and bring money into the UK.

Industries that rely on travel pay the taxes that fund our fantastic NHS.

They have done their best over video calls, but it’s not the same as a face to face meeting, you do business with people not companies.

Over the last year so many people have made so many sacrifices to stop the pandemic in its tracks.

So many have been separated from or lost loved ones.

So many more have lost their jobs.

Surely now, with a risk-based approach, we must be able to reward Britons for their efforts and start returning to the skies?

British people should be benefiting from the world-leading vaccination programme that is not only stopping us getting seriously ill but is reducing the spread of the virus.

If you’ve been vaccinated and you are coming back home from a low-risk ‘green’ country where there’s also high rate of vaccination and a low rate of infection, you shouldn’t have to take an expensive test as the Government demands.

You should be allowed to travel without restriction.

For people who haven’t been vaccinated, the science shows that a single rapid Covid test can detect almost all cases.

Health Secretary Matt Hancock says these affordable tests, which are being used in care homes and schools and give results in 30 minutes, are “extremely accurate”.

We’ve already developed these, but we need the Government to find a way to link an NHS record of proof of vaccination to these clever apps so there’s no hold up getting out of or coming back into the country.

Travel and tourism contribute £200bn a year to the UK economy.

Aviation also supports the success of many other industries and one in 10, or 1.6m UK jobs.

To date, tens of thousands of jobs have already been lost and there are still thousands of people on furlough.

The future remains uncertain for our industry and my fear is that if the Government doesn’t make safe travel simpler, there will be more job losses and more businesses will be lost.

Tourism bosses in Europe and around the world are begging Brits to come back, and we’re ready to take you there[/caption] 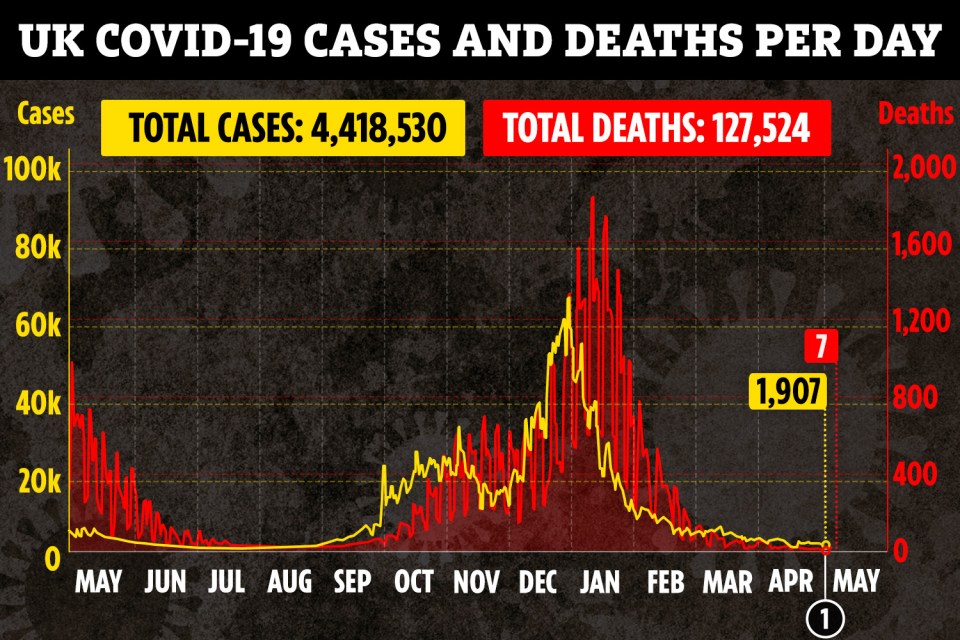 Anyone who works at an airline has safety in their DNA.

So let’s get Britain flying again.

Actions speak louder than words: PM DIDN’T let bodies pile high… and he DID save lives