THERE is almost no chance of a severe third wave of coronavirus this summer, new sage documents are set to reveal.

Data set to be released on Monday will show that it’s unlikely that the NHS would be overwhelmed again – even as restrictions are lifted in the summer months.

New data, set to be released next week will show that a third wave is unlikely to take hold[/caption]

Cases, hospitalisations and deaths have all continued to fall in recent weeks and it was yesterday reported that the UK recorded four more Covid deaths after just one new fatality was reported on Monday.

A further 1,946 new cases were confirmed, meaning 4,423,796 have now tested positive for the bug since the start of the pandemic.

A fall in cases, as well as the vaccine rollout has given hope to government advisers.

But while the experts say there will not be a severe third wave this summer – they state that there is still uncertainty around new and possible emerging variants.

So far in the UK over 34.6 million people have had a first dose of a vaccine with 15.6 now having had two.

But it’s not yet clear if the jabs will protect against new variants.

Speaking to The Times, head of the government’s SPI-M modelling group, Professor Graham Medley said the low case rates are in line with what was expected for May as more restrictions are set to be lifted on May 17.

He said: “The good news about the vaccination effect means that some of the scenarios about very large waves later in the summer are now very unlikely.” 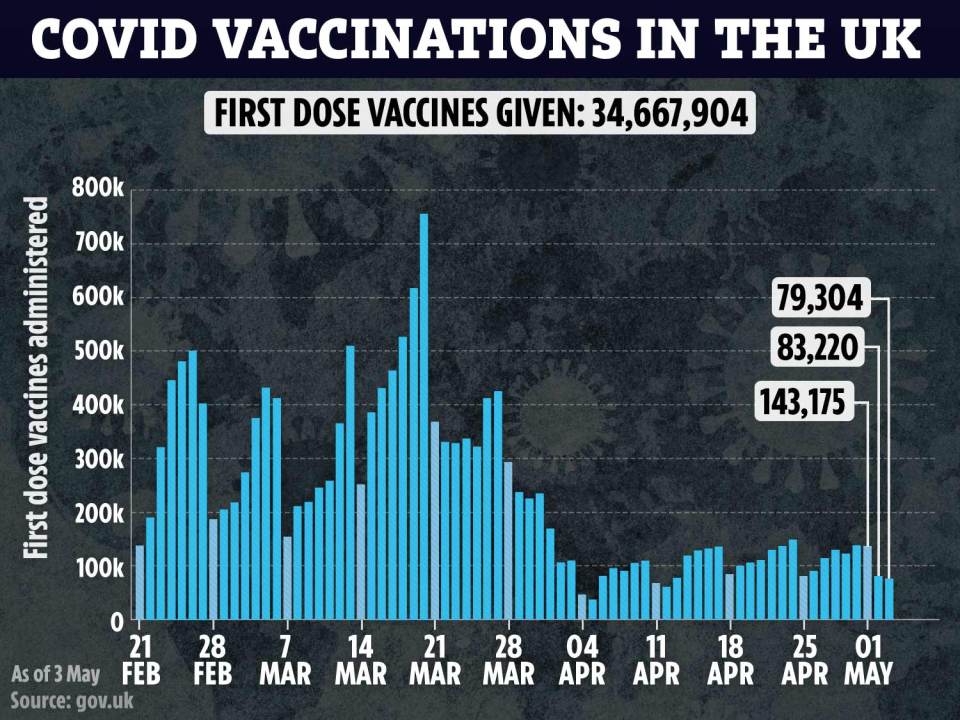 He added that “the good news about the low incidence at the moment is very encouraging”.

Prof Medley did however add that we are “still dependent on vaccination to be able to fully open up without a large wave”.

There are currently three vaccines being rolled out across the UK, the Pfizer/BioNTech, the Oxford/AstraZeneca and the Moderna.

Prof Medley said that it’s “critical” the the supply and rollout of jabs continued at its current pace.

Some experts had originally feared that cases would rise as restrictions were eased – but they have continued to fall across the country.

The next set of restrictions are set to be lifted on May 17 with hospitality venues opening indoors and overnight visits permitted.

On April 12, modelling from the SPI-M found that it was “highly likely” there would be a resurgence but the new data will show optimism. 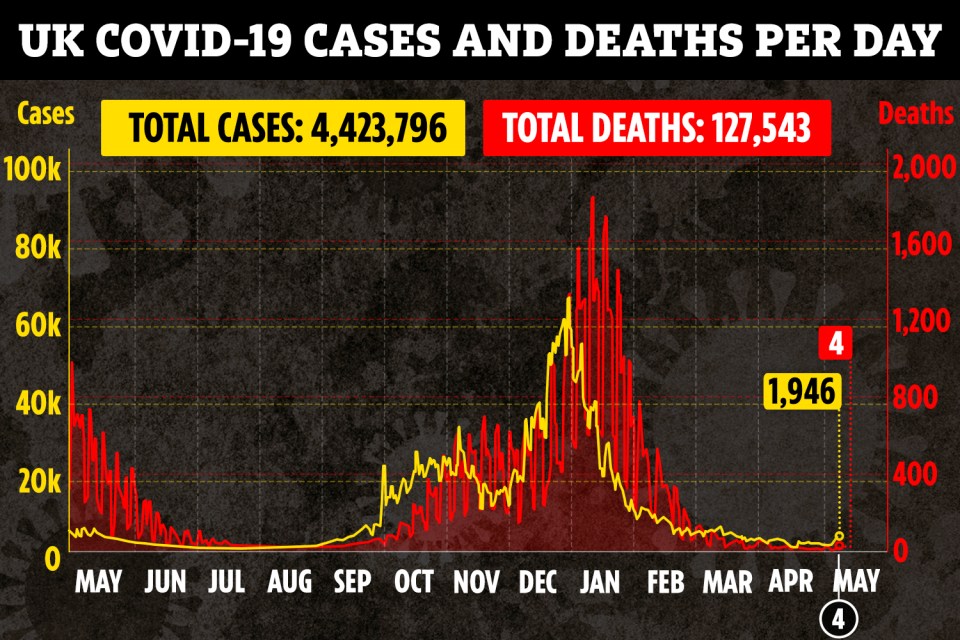 
1.3millon Brits at risk of deadly asthma attack due to lack of doc appointments

On April 12, modelling from the SPI-M found that it was “highly likely” there would be a resurgence but the new data will show optimism.

Professor Neil Ferguson of Imperial College London this week said that it was unlikely the NHS would become overwhelmed and that the likelihood of a third wave was “diminishing”.

He said: “The data on the vaccines is getting ever more encouraging, particularly the new data which was released just over a week ago about the fact that vaccines, even if you do get infected if you’ve been vaccinated you’re less infectious.

“And so that has pushed our estimates of the scale of any potential autumn wave down.”

Investing in Forex Can Be Intimidating for Beginners!

Charted: UK media ad revenue collapsed in 2020 for everyone except the tech platforms

Win a five-star holiday to Jersey this summer including flights