A HUGE post-coronavirus shake up of the NHS is set to take place, the Queen has revealed today.

The plan will consist of more funding for the NHS as well as the continuation of the vaccination programme.

Speaking this morning during her first official ceremony since Prince Philip’s funeral, Her Majesty said issues such as obesity, and treatments for new diseases would be tackled.

The 95-year-old Monarch said that the government’s priority would be to deliver a national recovery from the pandemic that makes the UK “stronger, healthier and more prosperous than before”.

Changes to the NHS will include more power at a local level, meaning that Trusts will be accountable for their own systems – a plan which should allow experts to give patients’ the best possible treatment.

The coronavirus pandemic in the UK has been responsible for over 127,000 deaths, and in total there have been over 4.4 million cases of the virus in the UK.

Vaccines have been being rolled out since December, with three now being dosed out to Brits.

So far over 35.4 million Brits have had a first dose of either a Oxford/AstraZeneca, Pfizer/BioNTech or Moderna jab – with 17.8 million now also having had a second.

During her speech today, Her Majesty highlighted the importance of the vaccine campaign and the need for further funding to the NHS.

She said: “To achieve this, my Government will level up opportunities across all parts of the United Kingdom, supporting jobs, businesses and economic growth and addressing the impact of the pandemic on public services.

“My Government will protect the health of the nation, continuing the vaccination programme and providing additional funding to support the NHS.

“My Ministers will bring forward legislation to empower the NHS to innovate and embrace technology.”

Plans confirmed in the speech include:

Prime Minister Boris Johnson (left), Black Rod Sarah Clarke, Speaker of the House of Commons Sir Lindsay Hoyle and Leader of the Opposition Kier Starmer (right) listen as Queen Elizabeth II delivers a speech from the throne in the House of Lords at the Palace of Westminster in London[/caption] 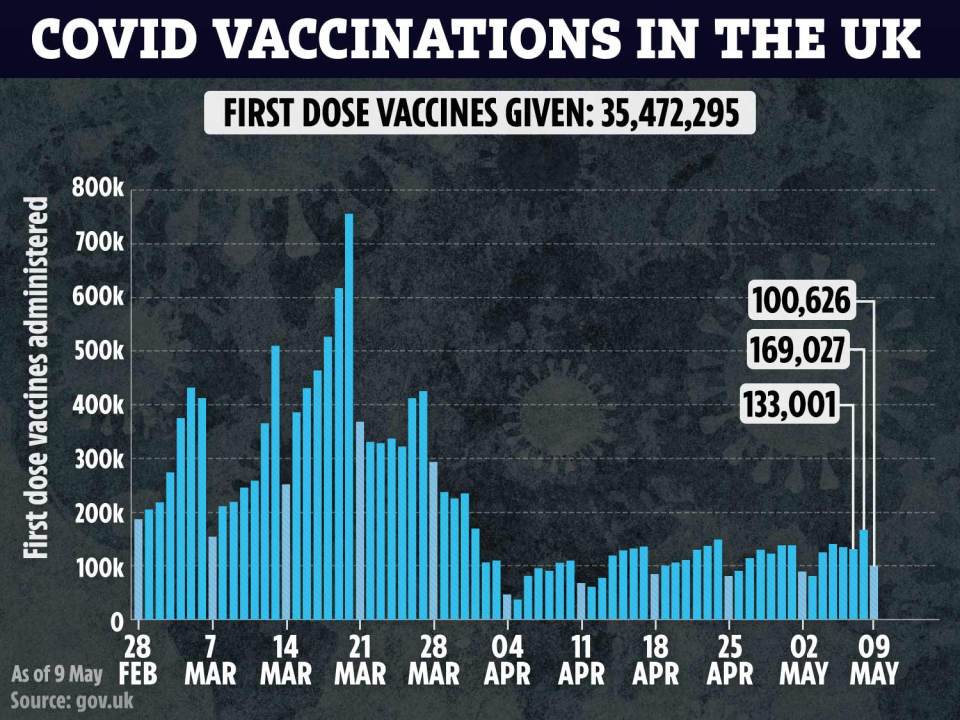 The Monarch stated that patients will also receive more tailored and preventative care, closer to home with the use of the Health and Care Bill.

Her Majesty said: “Measures will be brought forward to support the health and wellbeing of the nation, including to tackle obesity and improve mental health.

“Proposals on social care reform will be brought forward.

“My Government will build on the success of the vaccination programme to lead the world in life sciences, pioneering new treatments against diseases like cancer and securing jobs and investment across the country.”

The main benefits of the new Bill will include delivering proposals put forward for the NHS Long Term Plan.

Illnesses such as cancer and cardiovascular disease are both top priorities of the plan.

Other health concerns such as maternity and neonatal health, and mental health are also at the forefront of the plan.

For example, the plan for cancer treatment includes a package of measures to extend screening and overhaul diagnostic services with the aim of diagnosing 75 per cent of cancers at stages one or two by 2028.

During the coronavirus pandemic many vital treatments or appointments were pushed back so that medics could deal with the pandemic.

It was reported last month that a record 4.7 million people are now waiting for an NHS operation as the Covid crisis fuels delays.

Official data shows 387,885 patients have been languishing longer than 12 months for non-urgent treatment. 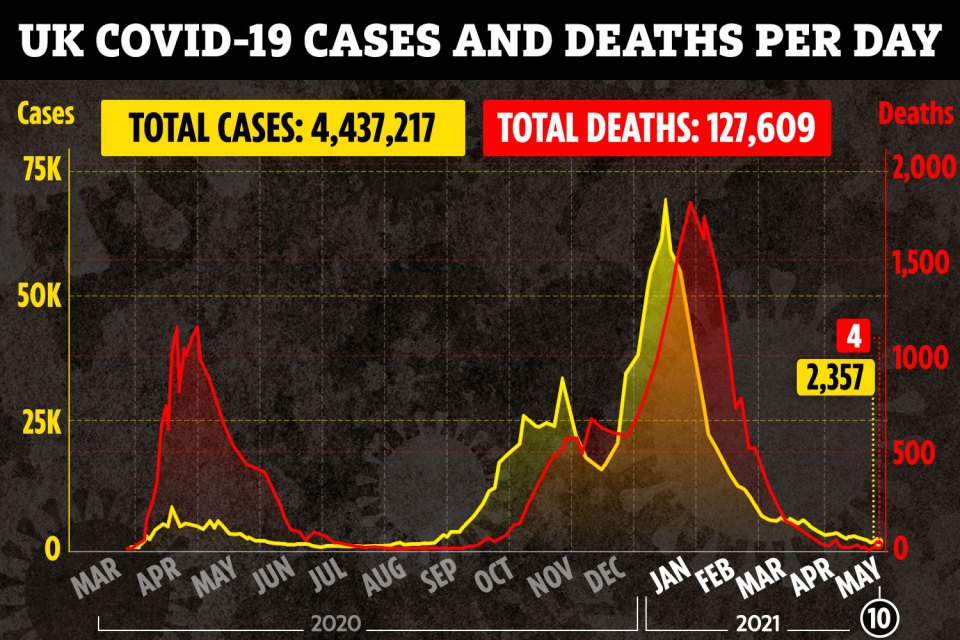 
Third Covid wave could start NEXT WEEK but won’t be as bad as Jan, says Sage


Social distancing and masks could be TOTALLY scrapped next month

There are now 240 times more people facing long delays compared to a year earlier – when just 1,613 had been stuck on the lists for more than 52 weeks.

Year-long waits for elective procedures – such as hip and knee surgery – are now at their worst level since 2007.

Paytm started surcharge on mobile recharge, find out how much you have to pay now

Oscar Awards 2022: Will Smith is now seeking the help of psychological therapy after slapping Chris Rock

Binge drinking might be SAFER than little and often, scientists discover