DOWNING Street and its scientists must not over-react to the Indian Covid variant.

Despite his jitters, Boris Johnson insists we’ll regain our freedoms on time. Good.

The Sun has always said the only significant figures are rising deaths and hospitalisations. There is zero sign of either, even as variant cases spike.

Our miraculous vaccines have broken the link between infections and deaths.

Unlike last year, the latter won’t follow the former unless the variant can somehow beat the power of the jabs. And there is no suggestion of that yet either.

If cases do soar, but symptoms are minor or none — as is likely in jabbed people — we have nothing to fear.

As long as Covid infection has been reduced to a negligible threat we MUST reopen even if thousands a day test positive. 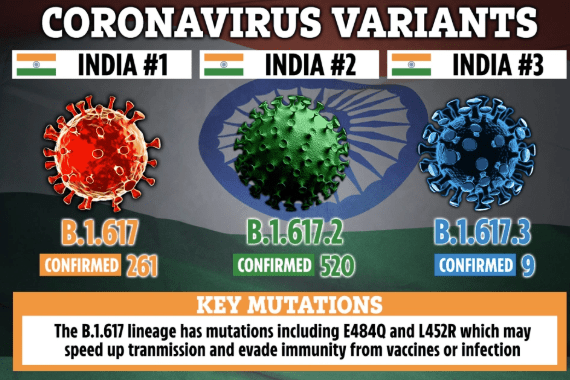 HOW woke must you be to find “Good ­afternoon ladies and gentlemen, boys and girls” offensive?

And how cravenly feeble must a company be to apologise for it?

LNER responded saying: ‘I’m really sorry to see this, Laurence, our Train Managers should not be using language like this’[/caption]

Two non-binary pals were “alarmed and uncomfortable” over the “lack of inclusion” in a train conductor’s harmles greeting. How do these people cope with the normal stresses of daily life?

Shame, though, on the London North Eastern Railway’s grovelling . . . “Our train managers should not use language like this.” There lies the real problem.

While cowed firms surrender to or adopt this culture-war extremism, the confected, angry snowflakery will keep coming.

WE don’t doubt David Cameron thought the finance firm Greensill was a “public good”. Others in No10 did during his time.

But it was staggeringly unwise at best to send a tsunami of texts begging a favour from senior Tories on behalf of the firm paying him a fortune and ­flying him around in private jets.

His Commons grillings yesterday were mortifying for an ex-PM. Less so, though, for the ­current Government.

HS2 is finally under way. You’ll doubtless be as thrilled as we are.

Who doesn’t want to shave a few minutes off a train ride between London and Birmingham by 2031, long after working from home has become customary and just in time for 6G broadband to allow us to meet via hologram?

For HS2’s vast cost we could roll out hyperfast internet to all, with billions spare.

But congrats to those working on the project, now it’s irreversible.

Don’t miss our regular updates as giant tunnellers Florence and Cecilia bore their way through the Chilterns.


Harry has thrown his dad, Queen AND Philip under the bus, says royal expert

NO NEED TO PANIC!


Britain's lockdown on track to be lifted despite variant cases doubling

Feedback Frank Announces Their Official Launch In The UK