Ancient ‘war grave’ filled with 13,000-year-old battered corpses who killed each other over ‘climate change conflict’

CLIMATE change may have been a major factor in one of the oldest examples of human warfare.

New research suggests one of the oldest known war cemeteries may be full of people who died in several skirmishes over a lack of resources rather than one epic battle.

Previously, the Jebel Sahaba cemetery in Sudan’s Nile River Valley has been viewed as a site full of people who died in one battle.

A new study, published in Scientific Reports, re-examined 61 skeletons at the site and found evidence of hundreds more injuries that were not fatal.

A quarter of the skeletons showed evidence of healed and unhealed wounds and likely lived through violent situations before their demise.

Researchers think arrows or spears caused a lot of the wounds and suggest outside groups were attacking each other.

Men, women and children were all attacked in the same way, which is in-keeping with the outsider attack theory.

Groups may have been attacking each other to raid resources or fight for areas of land.

The study authors write: “We dismiss the hypothesis that Jebel Sahaba reflects a single warfare event, with the new data supporting sporadic and recurrent episodes of inter-personal violence probably triggered by major climatic and environmental changes.”

Archaeologists first discovered the site in the 1960s and thought a brutal battle had occurred there. 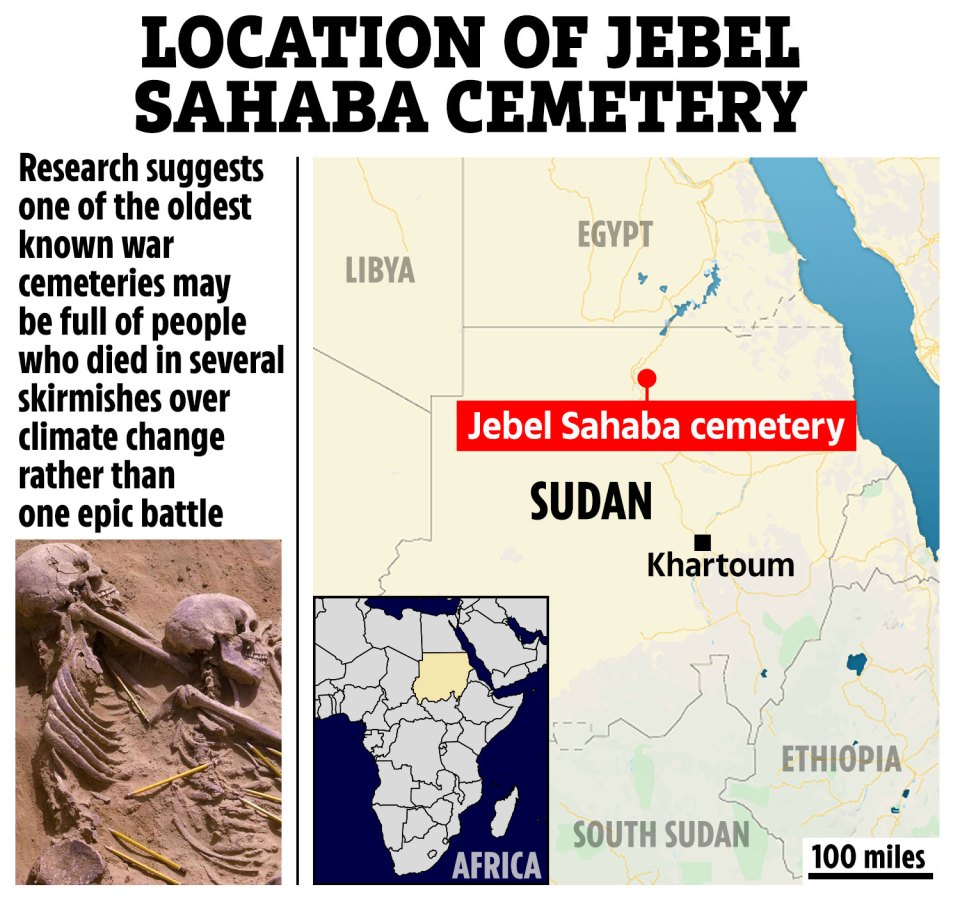 We now know it dates back to the end of the last Ice Age, a time of great climate change when the surroundings of the Jebel Sahaba cemetery would have been cold and inhospitable in most areas.

The nearby Nile River Valley would have been a good spot to live with fresh fish, vegetation and water.

Unfortunately, the river is thought to have flutated in size, meaning there were only a few good places to live along it.

The new research suggests human ancestors fought over these places.

The authors concluded: “Territorial and environmental pressures triggered by climate changes are most probably responsible for these frequent conflicts between what appears to be culturally distinct Nile Valley semi-sedentary hunter-fisher-gatherers groups.”

A timeline of life on Earth

Here's a brief history of life on our planet

THE TRUTH IS OUT THERE


What is the Starlink internet speed and how much does it cost?

In other news, hundreds of rock tombs have been unearthed by archaeologists in Egypt.

The mystery surrounding the age of the Cerne Abbas Giant may have finally been solved.

And, scuba divers found a huge 50 pound mammoth bone in a Florida river.

A big relief to Rishi Sunak, the UK’s finance minister of Indian origin, who is embroiled in a family tax dispute, know what was the matter?

What causes earthquakes and what have been the most powerful tremors?

Curated trips, photography, and thrilling experiences to satisfy your wanderlust

Mystery over ancient tribe ‘mummified by the desert’ 4,000 years ago solved