BORIS Johnson plans to reveal the Christmas Covid rules in the next 10 days – but can’t rule out snap restrictions.

Downing St today said the PM will make an announcement before MPs break up for their hols on December 16.

Boris Johnson will reveal his decision Christmas by December 16[/caption] 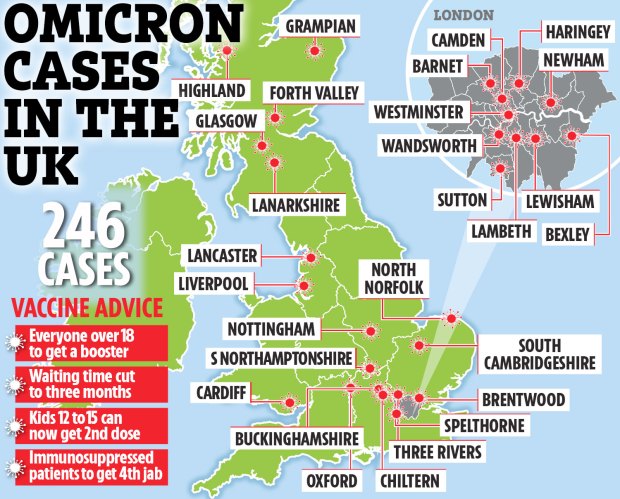 Omicron-fighting measures like masks, self-isolation and travel curbs are all up for a three-week review by December 18.

As the Sun reveals today, the PM hopes to make his final decision earlier than that.

Experts have revealed that cases of Omicron are likely to be five times higher than those 246 confirmed.

Professor Paul Hunter said there was current concern that Omicron “is spreading rather more quickly than the Delta variant”.

Ministers are confident that no fresh restrictions that will ruin Christmas will be needed and are urging Brits not to ditch their party plans.

Mr Johnson’s official spokesman said he’s confident the true threat of Omicron will allow them to make a final decision by the end of next week.


Stepmum 'poisoned with salt by cellmates' in revenge for tragic Arthur, 6

He said: “We are confident we will have more data than we currently do and we will be able to update Parliament during that week [commencing the 13th].

But he warned that any decisions won’t be locked in and could suddenly change during the holiday period.

And he then caused more misery by plunging Britain into a third national lockdown in the New Year.

The PM has vowed that “this Christmas will be considerably better than last Christmas” and aides are bullish about this year.

No10 today confirmed they will be having a staff Christmas party in a sign there aren’t any nasty surprises coming down the track.

He said: “I’m sure the Government would love not to disrupt Christmas. What happens after Christmas, of course, is another matter.

“The New Year is quite likely to bring a lot of challenges and, as SAGE have said, that could very well mean more stringent measures.”

The PM’s spokesman said this wasn’t the Government’s plan but said future action is “impossible to predict” at this stage.

Where is hot in April? Top spring holiday destinations for 2022

Tired and outdated, the backlash over ‘violent’ Jamaica being linked to Sterling’s glory