After 48 hours of confusion and a Cabinet backlash, the PM finally confirmed that no new Covid restrictions will be brought in before the festive weekend.

But as the Omicron variant continued to surge, he warned that “the situation remains finely balanced”.

The threat of more curbs loomed as Mr Johnson said “we cannot rule out further measures after Christmas”.

Pubs could be forced to serve outside and indoor mixing capped as soon as next Tuesday.

Downing Street insiders refused to rule out tougher rules immediately after the weekend.

Comic Matt Lucas famously lampooned the PM’s dithering on TV’s Great British Bake Off in the early stages of the first lockdown.


Holiday hotspot reintroduces quarantine for Brits unless they've had their booster

Yesterday’s announcement means that Boxing Day football will go ahead with crowds in England — unlike in Scotland where games will be limited to 500 fans.

It came as it emerged that 90 per cent of Covid patients in hospital intensive care units are unvaccinated.

No10 is on red alert for the NHS being overwhelmed in the coming weeks.

Mr Johnson will mull over new hospital data before making a decision on what measures may be needed.

The PM could yet announce plans for restrictions before this weekend — but time has run out to get them voted on and introduced before early next week.

He is considering casting Britain back to the dark days of last spring’s Step 2 curbs — where pints were only allowed outdoors and indoor mixing was banned.

Parliament could be recalled as soon as December 28, after Mr Johnson promised MPs would get a say on any new measures.

Cabinet ministers last night fanned fears of a so-called short “circuit-breaker” lockdown following a decision on Monday to hold off any imminent curbs.

Read our Covid-19 live blog for the latest updates

Chancellor Rishi Sunak announced £1billion in new support for pubs and restaurants yesterday but said there was “an enormous amount of uncertainty” around the coming weeks.

The PM said in a video message: “Naturally we can’t rule out any further measures after Christmas — and we’re going to keep a constant eye on the data, and we’ll do whatever it takes to protect public health.”


My son died 18 years after my daughter, 14, vanished & was served as kebabs


Christmas is a GO! Everything you can do on Christmas Day in England


We won £12.4m on EuroMillions and gave 30 pals cheques with a special message

And in a New Year’s Eve blow, Edinburgh’s Hogmanay events were also cancelled.

Clubbers in Scotland will have to dance socially distanced at least a metre apart under barmy new guidance.

Meanwhile, one of Britain’s leading medics, ex-Sage adviser Sir Jeremy Farrar said he believed the PM was right to wait for the data. 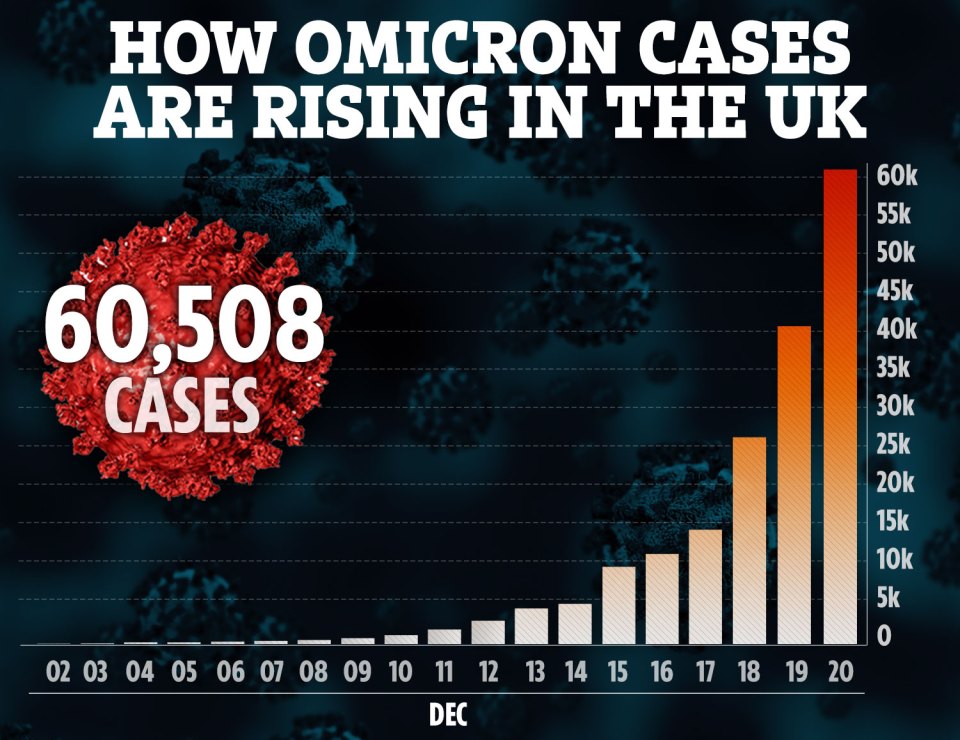 read more on the sun


Drink driver, 23, who crashed Mercedes claimed kerb was 'too high'

Another digital assets exchange plans to go public in 2022