Famed explorer Columbus was for many years credited with being the first European to land in America during his voyage of 1492.

Vikings sailed to the Americas as early as 1021 AD, according to research[/caption]

A wood fragment from a Viking settlement established 1,000 years ago near Hay Cove, Newfoundland, Canada is seen in a microscopic image[/caption]

However, evidence has slowly emerged that Vikings got there centuries earlier – although exactly when has remained a mystery.

Now an international team of scientists has shown that Europeans were already active in the Americas a thousand years ago.

They dated chopped wood found at the Viking L’Anse aux Meadows settlement at the northern tip of Canada’s island of Newfoundland.

Using a new technique involving evidence left behind by a solar storm, the team showed that the ancient encampment dates back to 1021 AD.

The three pieces of wood studied, from three different trees, all came from contexts archaeologically attributable to the Vikings.

Each piece of wood also displayed “clear evidence” of cutting and slicing by blades made of metal – a material not produced by the indigenous population.

The exact year was determinable because a massive solar storm occurred in 992 AD that produced a distinct radiocarbon signal in tree rings from the following year.

Research director Associate Professor Michael Dee, of the University of Groningen in Holland, said: “The distinct uplift in radiocarbon production that occurred between 992 and 993 AD has been detected in tree-ring archives from all over the world.”

He explained that each of the three wooden objects exhibited this signal 29 growth rings before the bark edge.

Study first author Dr Margot Kuitems, also of the University of Groningen, said: “Finding the signal from the solar storm 29 growth rings in from the bark allowed us to conclude that the cutting activity took place in the year 1021 AD.”

Historians know that the Vikings undertook epic voyages in their iconic longships.

To the west, they established settlements in Iceland, Greenland and eventually a base at L’Anse aux Meadows in Newfoundland, Canada.

However, it has remained unclear when this first transatlantic activity took place.

The researchers say that the number of Viking expeditions to the Americas, and the duration of their stay over the Atlantic, remain unknown.

All current data suggest that the whole endeavour was “somewhat short lived” – and the cultural and ecological legacy of the first European activity in the Americas is likely to have been small.

However, botanical evidence from L’Anse aux Meadows has confirmed that the Vikings did explore lands further south than Newfoundland.

Dr Kuitems said: “1021 AD is the earliest year in which European presence in the Americas can be scientifically proven.

“Previous dates for the Viking presence in the Americas have relied heavily on the Icelandic Sagas. However, these began as oral histories and were only written down centuries after the events they describe.

“Whilst contradictory and at times fantastical, the Sagas also suggest encounters occurred, both violent and amiable, between the Europeans and the indigenous people of the region. However, little archaeological evidence has been uncovered to support such exchanges.”

She added: “Other medieval accounts also exist, which imply prominent figures on the European mainland were made aware the Vikings had made landfall across the Atlantic.” 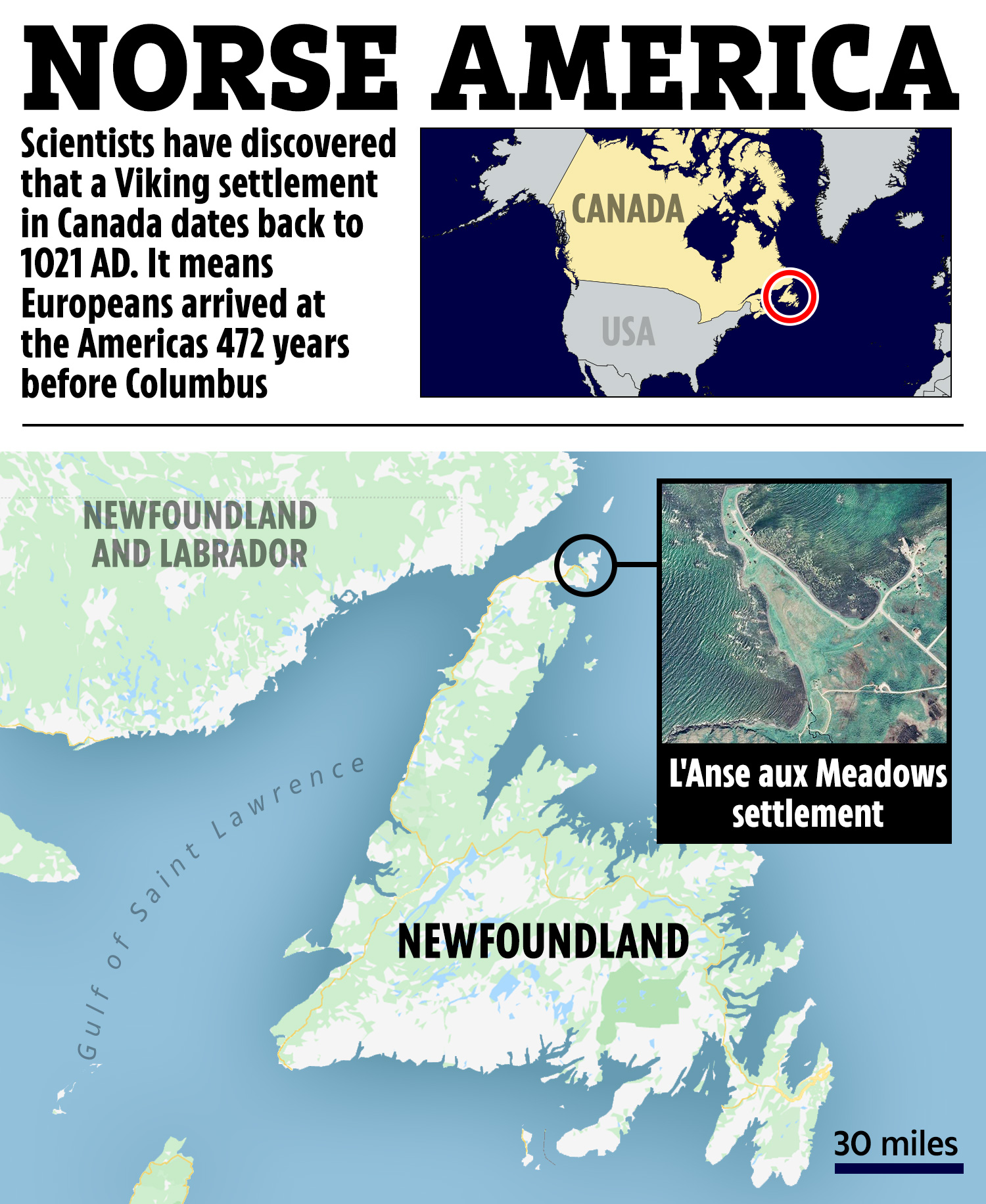 The Vikings travelled far and wide in their iconic longships[/caption]

The hottest destinations and events to visit this July

Will e-scooters stop? Ola pulled back 1,441 vehicles, other companies are also running in the wake of this, find out what the reason is

Gopal Vittal to become Airtel’s MD and CEO again, gets approval from shareholders

IPL 2022: Liam Livingstone catches a catch in the air, even onlookers are stunned

Heaven near Helsinki: Why Finland is the place to go for rural forest relaxation