POLITICAL parties who are out of touch end up out of power. The Government just needs to look at Labour to see that.

In 2019 the Opposition lost a swathe of seats across the North because it lost the trust of voters.

It didn’t understand the issues which most affected Northerners’ lives, so it couldn’t put forward policies to make things better.

But I worry that unless there is urgent action on the cost of living, millions of voters who switched to the Tories in 2019 are going to lose trust in us after just one term.

It is sadly undeniable that we are all going to struggle to make ends meet over the next few months.

That’s why the Northern Research Group, a group of dozens of Red Wall Tory MPs, is today setting out a three-point plan for PM Boris Johnson and Chancellor Rishi Sunak to get a grip on the pain coming to voters’ wallets.

People need help on energy bills for sure, but also with soaring council taxes — and the poorest should be excluded from the National Insurance hike coming in to pay for the NHS.

In the House of Commons yesterday, Labour demonstrated it has not yet reconnected with the North.

SICK TO YOUR STOMACH


Unusual symptom of Omicron could be linked to using the toilet

'WHAT THE HELL IS THAT?'

They are only calling for the Government to cut VAT on energy payments given the recent huge increase in wholesale prices and the imminent huge rise in household energy bills.

The reality is that cutting VAT, like any tax levied as a percentage of your entire bill, helps the richest — with those in the biggest houses, heating swimming pools and lighting tennis courts, benefiting the most.

We want the Government to go further than that. We want ministers to explore removing green taxes from everyone’s bills for one year to help out with rising heating costs, just when we need it the most.

This is more relevant and beneficial than Labour’s plan, because ordinary working people will feel the most benefit, with hard-working families saving an average of £159 on their household bills.

Along with rocketing energy prices, a predicted record-breaking rise in council tax is also going to hit family budgets hard.

A report this week by the Institute For Fiscal Studies shows that recent council spending was half of their original estimated budgets, with many councils having even topped up their savings accounts, known as reserves, during the pandemic.

The IFS states the findings mean that, overall, councils received “billions more in funding than their net expenditure actually increased by.”

This report demonstrates that now is the time for a two-year council tax freeze. Town hall leaders need to make savings — just like all families will have to do this year.

With cash already tight, there is another big hit to incomes arriving in pay slips from April in the form of a new National Insurance tax increase to fund care for the elderly.

NI increases affect the poorest disproportionately, as the lowest paid pay the most as a proportion of their salary, and the highest paid get off lightly.

This triple whammy is creating a cost of living crisis and it is going to hurt. That is why the Government needs to ensure that no one pays this additional tax on the first £12,570 of their income.

Below this rate, workers do not pay income tax and it seems perverse that this new tax grab will kick in almost as soon as they start earning.

We can all see this crisis coming, so now is the time to act.

Our simple, three-point plan would put hundreds of pounds back into your pocket and demonstrate it is the Conservative Party that is the true party of the North and in touch and on the side of our hard-pressed working families. 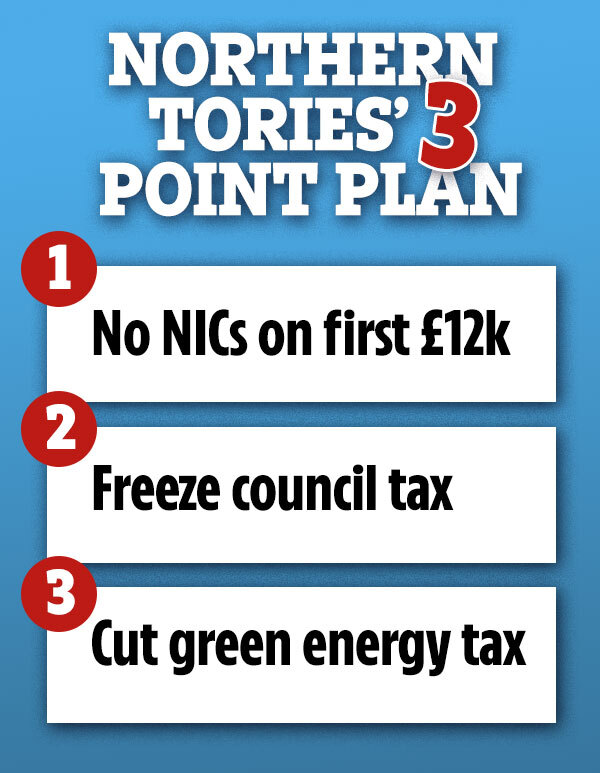 How to Play (and Win!) Online Competitions With Ease | Rush Comps