RISHI Sunak is preparing extra help for families struggling to make ends meet due to the cost of living crisis, a minister said today.

Rishi Sunak is looking at extra help for struggling families[/caption]

He said the Chancellor is monitoring the situation “on an almost daily basis” and thinking about “what more we may be able to do to help”.

His remarks came as Sir Keir Starmer branded the Government’s response to the crisis “pathetic” and urged it to hike benefits for the worst off.

The Labour leader said ministers have “got to look at” increasing welfare payments in line with the rate of inflation.

Today has been dubbed “bleak Friday” with families facing a double whammy from the rising energy price cap and the new National Insurance hike.

Council tax statements, phone, and water bills are all also set to rocket piling on the misery for millions.

Mr Malthouse said the Treasury has already put in place billions of pounds of help for those facing the tightest squeeze.


Best April Fools jokes & pranks as they happened – how many did you spot?

Measures include a £1bn household support fund for the worst off families, as well as a 5p reduction in fuel duty.

The National Insurance threshold has been raised saving the average worker £300 and the living wage will go up to £9.50 an hour.

Brits will also receive a £200 loan to help with immediate energy costs, and homes in bands A to D will get £150 off their council tax.

But critics say the measures announced so far go nowhere near far enough to offset the spiralling cost of living.

Mr Malthouse admitted the Government is pinning its hopes on soaring inflation and fuel prices coming down “soon”.

He said: “We are we are facing a very difficult global situation here driven by external factors outside the country.

“At the same time we are facing a very challenging financial situation internally, having spent billions and billions of pounds getting ourselves through the pandemic in good shape.

“What we’re trying to do is balance that situation, to help as many people as we can through what we acknowledge as a very tough situation at the moment.

“And then hope that over time things will improve from an inflation and a fuel price point of view and we can get back onto the path to prosperity.” 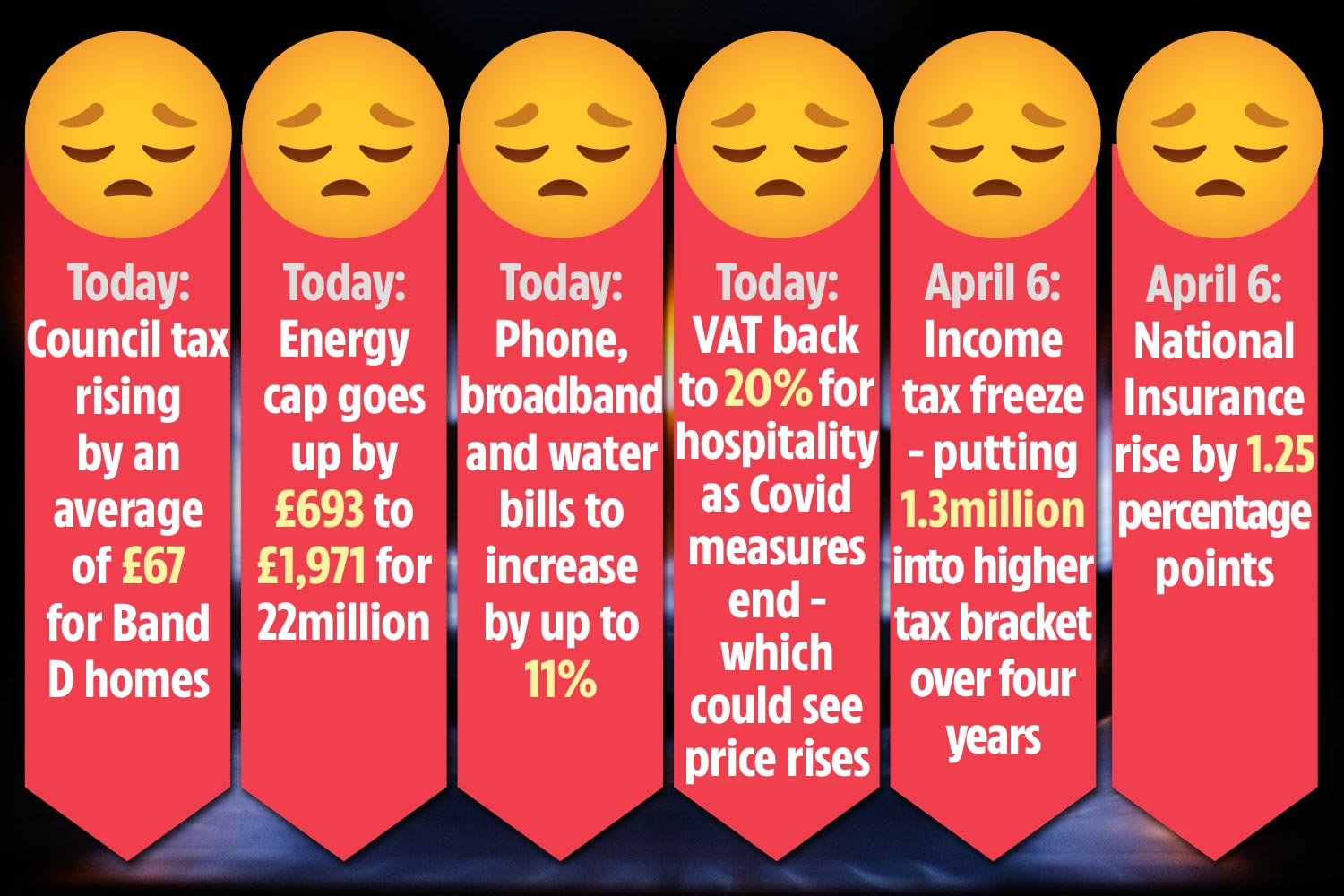 He said the Chancellor has “moved quite extensively to try and help” families but acknowledged: “I can’t pretend to you it isn’t tough.

“The chancellor is trying to do his best to ameliorate the challenge. Although we can’t go all the way and ameliorate it all I’m afraid.

“Obviously the chancellor is going to monitor the situation very closely and think about what more we may be able to do to help and he’s signalled that.”

Sir Keir slammed the Government’s response to the crisis and said it should slap a windfall tax on energy firms to help people with their bills.

The Labour leader laid into the Chancellor for pressing ahead with today’s National Insurance rise saying it’s “the wrong tax at the wrong time”.

He said during a visit to Stevenage last week he met one pensioner who couldn’t afford to set their thermostat above 12 degrees.

Sir Keir said it was shocking that “people are having to make a choice between heating and eating in 21st century Britain”.

He said the Government’s “response is frankly pathetic on a very, very difficult day for millions and millions of people”.

And he added: “Energy bills are going up more than we’ve ever seen on record, people are really struggling and I just don’t think the Government gets it.”

Pressed on whether benefits should be increased in line with inflation, he replied: “We’ve got to look at it because otherwise people fall behind.