SOARING numbers of rape trials are being delayed as courts struggle to tackle a backlog caused by the pandemic, shock figures reveal.

Victims often face the added trauma of being told their case has been postponed with just a few hours’ notice.

There was also a three-fold increase in cases that have been delayed more than once – with 11 cases delayed at least three times in 2019 alone.

Ministers blame the hold-ups on many defendants or witnesses being infected with Covid and being forced to self-isolate.

But Labour accused “soft-on-crime” Tories of letting criminals off and letting victims down. 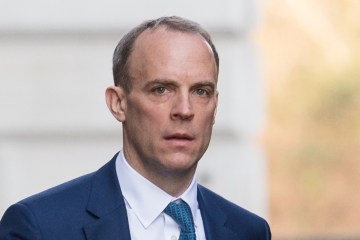 Dominic Raab takes ANOTHER holiday during an international crisis 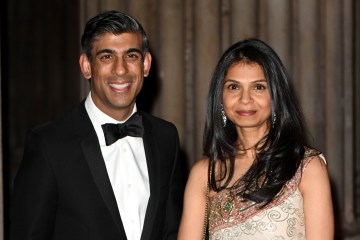 Shadow justice secretary Steve Reed said: “Rape survivors are already suffering the trauma of having to wait for up to three years to have their day in court – now, disgracefully, increasing numbers are seeing it snatched away at a day’s notice.

“Labour will put security at the heart of its contract with the British people: We will fast-track rape and serious sexual assault cases and make the process simpler, so that survivors get justice.”

Delays are so bad that the typical time gap between a rape offence and completion of criminal proceedings is 1,000 days.

In one case, an alleged rape victim endured 21 court delays, often with only 24 hours’ notice while another was the last to learn the trial had been adjourned.


Dominic Raab takes ANOTHER holiday during an international crisis


Find out if Boris Johnson can speak Russian


Labour candidate under fire after branding hero Zelensky a 'fascist'

Lawyers told MPs in December that rape victims are “lucky” if their case is heard in court within four years of making a complaint.

They also claimed that a lack of resources and funding could be major factors behind the low prosecution rates for rape.

Jayne Butler, of the charity Rape Crisis, said: “Rape victims and survivors are already experiencing the negative impacts of long court delays, with many waiting years to see their cases go to court.

“The build up to a court case is nerve-wrecking, and victims and survivors will be preparing themselves for a long time beforehand. To have their trial postponed at a day’s notice is not just an inconvenience, it’s a devastating blow.

“Besides the practical issues such as taking time off work or rearranging childcare, there is the emotional impact of prolonging what is a very traumatic time.

“This is why we have asked for the Government to pilot short-term judge-only trials in specific areas. This will help to clear the backlog of cases, reduce waiting times and ultimately improve the experiences of rape victims and survivors.”

Teresa Parker, of Women’s Aid, said: “Rape cases being postponed at short notice will have a huge impact on the brave women desperately trying to access justice, in a system that already works against them in many ways, with a terrifying low conviction rate.

“We know how much courage it takes to contact the police about rape, which is frequently perpetrated by someone you know, and often a current or former partner, and the criminal justice system is challenging enough for victims of rape without this additional barrier.”

A Ministry of Justice spokesman said: “Covid has meant many trials were postponed at the last minute because people fell ill or were forced to isolate.”

Steve Reed said: ‘Labour will fast-track rape and serious sexual assault cases and make the process simpler, so that survivors get justice’[/caption]

Modern apartments for sale in Birmingham for investment

How To Solve The Anxiety Easy Way

Oscar Awards 2022: Will Smith is now seeking the help of psychological therapy after slapping Chris Rock

Ola started and closed many businesses, now Ola Electric will start all the businesses