Kenny, the 70s called and they want their sexist beliefs back

OH dear. I am sure – at least, I hope – that Northern Ireland women’s football manager Kenny Shiels is seriously regretting his recent post-match analysis.

Kenny claimed female teams are more liable to concede goals in quick succession because “women are more emotional than men”.

Um, the 1970s are calling, Kenny, and they want their sexist declarations about women back!

The only good thing about his observation is that it provides a reminder that most people don’t think this way any more.

When was the last time you heard someone getting away with the suggestion that women being “emotional” is the cause of them doing a job less competently than men? That is the definite implication of his comments.

Kenny was talking in a post-match interview last Tuesday after the team he manages were thrashed 5-0 by England at Windsor Park, ending his side’s hopes of qualifying for the 2023 Women’s World Cup — which is a great shame, of course. 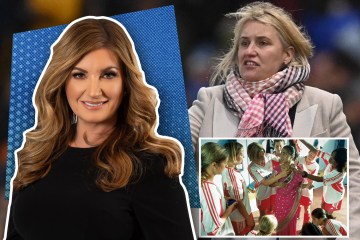 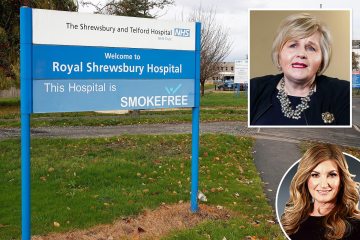 How is it that after 20 years of failure, maternity care is STILL not safe?

He said: “In the women’s game you’ll have noticed if you go through the patterns, when a team concedes a goal they concede a second one within a very short period of time.

“Right through the whole spectrum of the women’s game. Because women and girls are more emotional, so they take a goal going in not very well.”

Annoying, on so many levels.

Kenny apologised for his words the next day, saying he was “sorry for the offence that they have caused”.


Booting out Boris over Partygate would be a victory for Putin


Zelensky & courageous Ukrainians must be reassured West will stand by them


Sun’s out, it’s hot … why bother with the hassle of going abroad?

That is akin to saying: “I’m sorry you are upset.” Not much of an apology at all.

His comments are ludicrous. For a start, we have seen the likes of David Beckham and Paul Gascoigne bawling on the pitch over the years.

Arsenal legend Ian Wright, in response to Kenny’s comments, posted images of himself in tears in a match.

Ian tweeted: “Kenny Shiels talking foolishness! Talking about emotional women! Didn’t that man see how many times I was crying on the pitch!”

He’s right, of course. It was a foolish thing to say and speaks volumes, I’m sorry to say, about Kenny — not the “emotional” women he works with.

It seems astonishing that these words came from someone in charge of a women’s team in 2022. In fact, it’s easy to wonder if he is in the right job.

But it strikes me that his comments were made in the heat of responding to a 5-0 thrashing for his team.

So isn’t it ironic that he was speaking out of upset and anger?

His comments sound like a throwback to the days when it was acceptable to routinely describe women as being hysterical and at the mercy of their emotions.

For so many years that kind of comment was a way to diminish women and justify not giving them a chance to shine.

The reality is that women perform absolutely as well as, if not so much better than, men in so many professional situations.

I’d include football in that.

And any man — or anyone at all — who disagrees with that really needs to wake up and smell the coffee.

And if that man happens to be someone managing a team of women footballers?

Well, he just needs to calm down, dear, and get with the programme.

One flaw for jet set Maura

THERE’S no denying Maura Higgins knows how to get attention.

On the first night of her holiday in Los Angeles last week, she went out with friends for dinner in an amazing black semi-sheer catsuit and shared a snap with her 2.3million Insta followers captioned “Matrix debut”.

She looked sensational and I wouldn’t be surprised if she did turn the head of a director or two — but I can’t help thinking what a chore it would be to wriggle out of that outfit when you needed the loo!

Cruel is not ‘cool’

I HAVE been trying to work out what would motivate the teenage girls who not only desecrated a baby’s grave by throwing the toys left there by bereaved parents at nearby headstones but also took footage of themselves doing so — while laughing — before sharing it on social media.

The disturbing footage was filmed in a cemetery in Leigh, Gtr Manchester.

One short clip showed the moment a girl took items from the grave and threw it at headstones while in fits of hysterics.

A second video shows a girl taking flowers from another grave and tipping them from their container on to a path.

Teaching young people to be respectful and kind is vital to instil a strong sense of right and wrong — and because they represent our future.

The footage is worrying in part because the way young people think and behave is crafted by the society in which they live and by peer pressure.

It is not cool to be cruel. But somehow these girls seem to think that it is.

I suspect they will come to regret this appalling behaviour later in their lives, and not just because of the repercussions among right-thinking people who will be disgusted by this footage.

Instead of focusing on woke issues, we really need to concentrate on instilling respect and compassion into our young people.

Being kind and respectful is not a weakness.

There are so many examples of brilliant young people who spend time raising money for charities, helping others and being role models for other youngsters.

But this behaviour is disgusting.

I wonder how empty and damaged the lives of these girls must be if this is what they do for fun.

And I hope the parents are absolutely mortified.

If they are not . . . well, that might be the source of the problem.

I AM pretty open-minded about how people earn a living.

And I’m aware job descriptions are changing all the time.

But the professional baby-namer in the US who charges up to 30,000 dollars to find the perfect name for someone’s child is having a laugh, isn’t she?

Taylor Humphrey, from New York City, is the founder of a boutique consultancy called What’s In A Baby Name.

It offers everything from lists of names based on parents’ answers to a questionnaire to a full-service baby naming concierge service.

She promises to come up with a name that “will be on-brand with a parent’s business”. And good for her. But surely anyone paying this kind of money for her services has got more money than sense.

Imagine spending that kind of money for someone else to tell you the name for your kid.

And not just because some of the names she suggests — like “Jitney”, which sounds a bit like a disease — are so batty.

I AM sure most Scots are breathing an immense — and uncovered — sigh of relief over no longer being legally required to wear face masks, in any setting, from next week.

After two long and painful years, First Minister Nicola Sturgeon has said the rules will finally relax tomorrow, at which point wearing a covering becomes guidance rather than law.

And thank goodness for that.

The vaccine has done its job and now it is time to move on.

IT is surely no surprise that divorce applications soared by half in the first week since the new “no-fault” law came in.

Around 3,000 couples petitioned to end their marriages in the week after the rules came into effect in England and Wales, meaning couples can split without having to apportion blame.

Lawyers say that is almost 50 per cent more than in a typical week.

Of course, those people who wanted an amicable divorce have waited until it was possible to do so in a way that would not pin blame on their partner.

And why shouldn’t divorce be easier and less stressful for everyone involved, particularly any children?

In fact, why on Earth did the change take so long to happen?

It’s not as if someone will be inspired to get a divorce simply because it is now easier to do so.

Not unless they were thinking about getting one already.

If you no longer love someone, it should be easier to separate.

There is no reason to force people who are unhappy to remain stuck in a bad marriage.

I AM a big believer in giving children their independence.

But the new Japanese Netflix series Old Enough! is taking things a bit far, isn’t it?

The show’s premise is that a very young child is sent to do a task, such as buying groceries or taking public transport, and secretly filmed as they do so.

But the kids in question are aged between two and five, which seems extreme.

Maybe it’s safe in parts of Japan for little kids to walk around the streets on their own.

But if you live in London, with crime as it is, I think most parents would be worried about their children playing in their back garden alone, let alone popping to the shops.

I certainly don’t think my kids could have read a shopping list, not to mention count money, when they were two years old.

LSG vs RCB: Lucknow Super Giants and Royal Challengers Bangalore battle to be topper, whoever wins will be Alexander

Why did Boris Johnson risk this Domsday scenario with Dominic Cummings?

MONEY9: Should I invest in Bajaj Finance now?

CSK vs DC IPL Match Result: Chennai beat Delhi by 117 runs to win by 91 runs, biggest win of the season