BORIS Johnson WILL face a fresh Partygate probe after MPs tonight voted to launch an inquiry into whether he lied to Parliament.

Labour’s motion sailed through unopposed after the PM abandoned a bid to delay the investigation – declaring he’s got “nothing to hide”.

A Commons committee will now investigate whether the PM misled MPs by previously insisting no lockdown laws were broken in No10.

It comes on top of the Met’s probe and the Cabinet Office investigation led by Whitehall enforcer Sue Gray.

Labour called the vote to publicly shame the PM for bending the truth – and to ask the Commons Privileges Committee to investigate.

Deliberately telling porkies in Parliament is a grave offence for which ministers are expected to resign.

Downing Street had ordered Tory MPs to back their wrecking amendment which would have kicked a probe into the long grass.

But at the eleventh hour – in the face of a brewing Tory rebellion – they pulled the plug and gave Conservative backbenchers a free vote.

Tory MP Steve Baker became the latest rebel to call on the PM to resign.

Speaking 4,000 miles away in India, the PM insisted he had “nothing to hide”.

“I don’t want this thing to endlessly go on. But, I have absolutely nothing, frankly, to hide.

“If that is what the opposition want to talk about that is fine.”

He is already being probed by the Met Police probe and Sue Gray, who’s full report will be published afterwards.

Scotland Yard today said they will not publicly confirm any more Partygate fines until after the May 5 local elections.

Sir Keir Starmer said: “If we don’t pass this motion, if we don’t take this opportunity to restate the principles, then we are all complicit in allowing these standards to slip.

“We are all complicit in allowing the public to think we are all the same, nobody tells the truth, that there are alternative sets of facts.”

Despite being fined £50 for a lockdown-busting birthday party in June 2020, the PM insists he never lied to Parliament.

Last year he denied multiple times in the Commons that rule flouting had gone on in No10 during the pandemic.

Yet – while apologising “wholeheartedly” – he now insists these denials were made in “good faith” as he genuinely believed he was sticking to the law.

Mr Johnson, who is on a trip to India and will not be at the vote today, last night blasted critics bloodthirsty for his downfall.

He said aboard his jet “not a lot of circumstances spring to mind” in which he would throw in the towel.

And asked if Partygate did not matter, a defiant PM hit back: “You’re better off talking about things other than politicians themselves.” 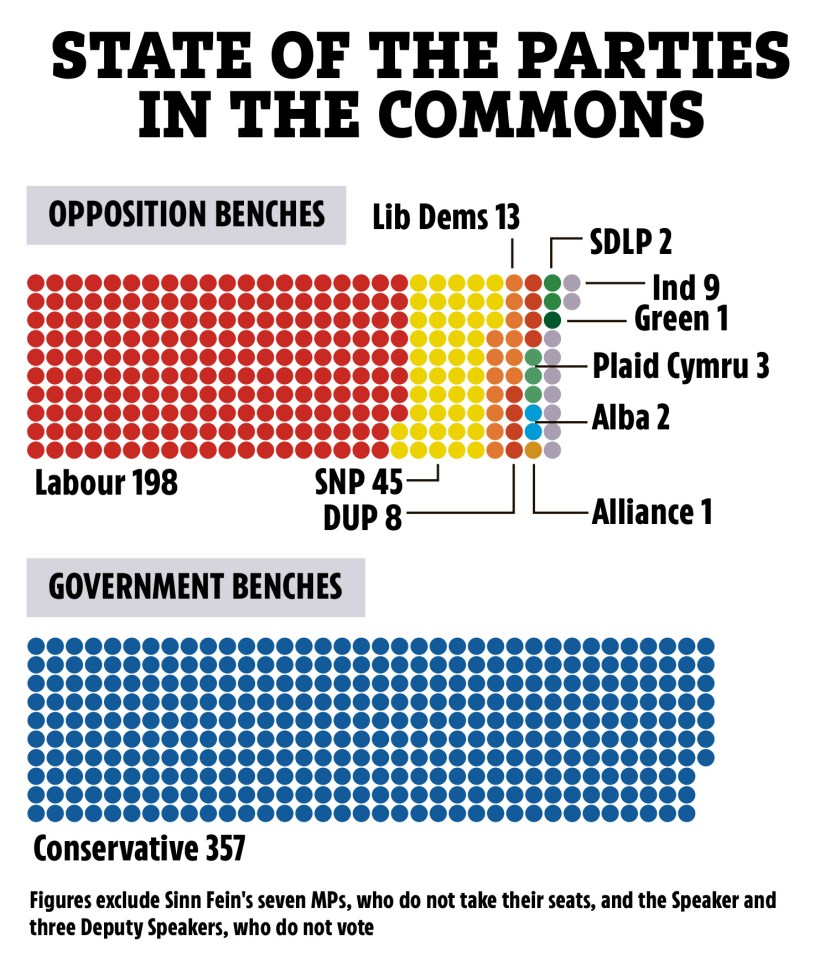 DC vs RR, IPL 2022 Head to Head: Delhi-Rajasthan clash, find out what the record says

RBI’s preparation regarding digital banking, fraud through mobile app will be brought under control

After Sonam Kapoor and Deepika Padukone, the actress will make a splash at the Cannes Film Festival.