DILLIAN WHYTE still has eyes on the likes of Deontay Wilder and Anthony Joshua as he ruled out retirement.

Whyte was beaten in round six of his first world title fight after a right uppercut by Tyson Fury knocked him out.

Dillian Whyte has ruled out retirement[/caption]

But it is not the end of the road for the Brit, who is keen on a rematch with Joshua, who he lost to in 2015 and Fury.

American Wilder is another on Whyte’s radar before hanging up the gloves.

He told Sky Sports: “I still want to fight the best.

“Listen, win, lose or draw on Saturday, I would have a few more fights against the best guys and then retire. 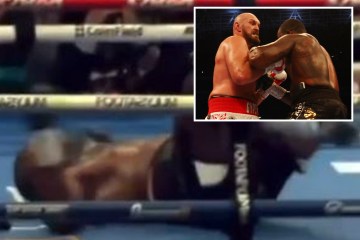 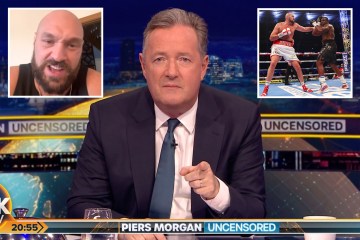 CLASH OF THE TITANS

“I still want to do the same thing. Nothing has changed. I don’t know what Wilder is doing.

“I just need to come back and I want to fight everyone I lost to again and try to avenge my losses.”

And Whyte, 34, is adamant he does have the makings of a world champion.


Joshua or Usyk can lure Fury out of retirement for unification bout, says Paris

FIT FOR A KING

He said: “One hundred per cent. Even he [Fury] himself said it, I will be world champion one day, so let’s see.”

Joshua, 32, lost to Usyk, 35, in September but the pair are set to rematch in July, where the winner could force Fury back.

But Whyte will be there once the dust settles on the heavyweight division as he refuses to let the defeat derail him,

He said: “We’ve got to wait and see. Opportunities are still there. I’m still one of the best fighters around.

“OK, I’ve had a loss, I need one fight to come back, but it’s not the end of the world for me.

“My team are realists, and they’ll tell me straight you’re done. They would have told me, ‘Yeah, that’s it, you’re out.’

“It’s a hard pill to swallow obviously. At the time, I felt disappointed, because I felt like I disappointed everyone, but now we’ve calmed down and we’ve had a think about it, I’m going to have a little break with my family and stuff, and then I’m ready to go again.

The price of freedom is eternal vigilance against terrorist offenders