MOST dishes need garlic added to them – but cutting up garlic can be a pain, and you’re often still left with large chunks of it.

Luckily, a chef has revealed how you can grate garlic and his simple trick makes it much easier.

The man, who is known as Lagom Chef on TikTok, revealed how you can grate it with ease and his hack doesn’t cost a thing.

Usually, when you grate garlic it can get stuck to the grater and go all mushy – but he found a way to stop that from happening.

So, what’s the secret?

He puts a peeled garlic clove into the freezer and lets it freeze overnight. 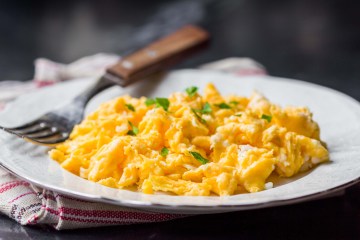 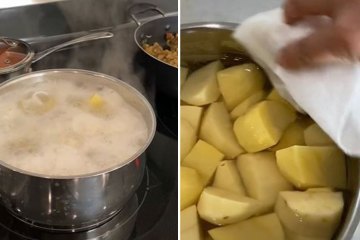 Woman shares simple trick to stop your saucepans from boiling over

When he takes it out and grates it, it grates just like cheese.

Even the chef himself can’t get over just how much easier it makes grating garlic, as he looks into the camera and laughs.

He has been blown away by the hack, which he first tried with ginger and he is now trying all sorts of different foods to freeze and grate.

So far he’s tried garlic, ginger, chillis and potatoes, and all of them have worked.


I went to a tattoo artist to get my sleeve fixed – instead, she went rogue

Not only does the hack make it easier to grate food, but it also means you can store more in your freezer and use it as needed before it goes bad.

The video has since gone viral with over one million views, and many were impressed.

“Omg I’m so keeping mine in the freezer from now on,” another added.

A third exclaimed: “Ooooh my giddy aunt WHAT A GAME CHANGER.”

“Absolute genius!! someone give this man a cooking show,” a fourth person commented.

India vs Leicestershire: Virat Kohli did something on the field during practice match that video went viral