‘Popular’ student teacher, 21, died of rare cancer after being told lump ‘was nothing to worry about’

A STUDENT teacher tragically died of a rare cancer after being told a lump on her shoulder was “nothing to worry about”.

Jenna Patel, 21, from Bolton, died on May 13 less than a year after she was diagnosed with Ewing sarcoma in July last year.

She became concerned after spotting the lump while she was doing work experience at a primary school.

When she first visited a doctor, she was allegedly told it was “nothing to worry about”.

But after the lump started to grow, she was diagnosed with a rare cancer which can cause tumours to grow in the bones or in the surrounding soft-tissues.

Following her diagnosis, Jenna received chemotherapy and took part in a clinical trial. 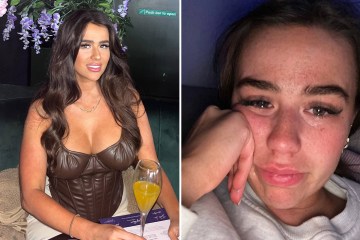 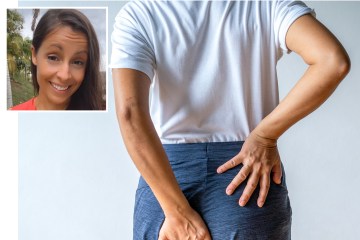 But the treatment eventually stopped working and the cancer spread to her lungs.

Just two weeks before her death, doctors told Jenna there was nothing more they could do.

Paying tribute to Jenna, her younger brother Liam, 17, described her as “bubbly” and said she was “always smiling”.

He told Manchester Evening News: “Jenna was always making sure everyone else was alright before herself.


Warning as Victorian disease kills one person after outbreak at uni


My dad is unsung hero – he's always been there to prop me up, says Deborah James

“There was not a time of the day when she was not smiling. We were really close and did everything together.”

Liam said his sister had dreamed of becoming a teacher from the age of eight.

And after completing her studies at Turton High School, Jenna began a teaching degree at Edge Hill University.

But in her second year of training, she noticed a lump at the top of her shoulder.

Liam said: “She came home one day and called me over.

“She said I have a little lump on my shoulder, and I told her it does not look go bad but to get it checked out.

“She went to the doctor and they said ‘it’s nothing to worry about, we think it’s a cyst’.

“It carried on growing so she went back. After a few more tests, we found out it was something worse.”

Jenna was diagnosed with cancer in July last year – just months after her dad went into remission after following a battle with brain cancer.

Liam said Jenna maintained a positive outlook despite her loved ones fearing the worst.

He said: “She just wanted to crack on and get it sorted.

“That was just Jenna. All she wanted to do was make sure everyone around her was happy.”

Jenna’s family have set up a GoFundMe page to raise funds for Ewing’s Sarcoma Research Trust, which supports families and funds research into the disease.

So far, almost £6,000 has been donated – more than six times the initial target.

Liam said: “It’s nice to see how many people cared about her.

“She had so many great friends and they have all been helping out with the fundraiser.

How much does it cost to run a hot tub?

“It’s been hard but it’s nice to talk about all the memories we have of Jenna.”

India vs Ireland 2nd T20 Playing 11 Prediction: Will there be 2 changes in the Indian team even after the win against Ireland? This will seem like a stupid number