BORIS Johnson has pledged a whopping 20 per cent hike in UK military spending by 2030.

Speaking from Madrid where he is attending the NATO summit, the Prime Minister said the government will aim to spend 2.5 per cent of GDP on defence in the next eight years.

The massive increase will be welcomed by Defence Secretary Ben Wallace, who called on the PM to make the important commitment to our forces this week.

Mr Johnson said: “We need to invest for the long term in vital capabilities like future combat air, while simultaneously adapting to a more dangerous and more competitive world.

“The logical conclusion of the investments we propose to embark, of these decisions, is 2.5 per cent of GDP on defence by the end of the decade.”

The PM’s major funding pledge follows huge pressure from cabinet ministers Liz Truss and Mr Wallace, who over the past few months have begged him to hike spending. 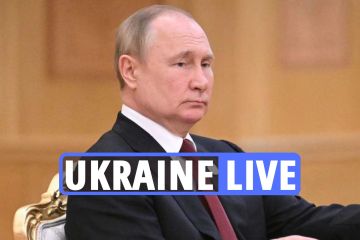 There are fears the military’s current £42 billion pound a year budget has effectively been slashed thanks to spiralling inflation.

Now, thanks to the new funding commitment, military spending will hit a major £74.5 billion by 2030.

No other NATO member countries have made such a generous pledge.

But Jens Stolenberg, the group’s Secretary General said he will work on convincing allies to follow in Britain’s footsteps.


I was on Love Island and snuck TWO banned items into the villa, says Ikenna

In Madrid the PM also batted away questions about why the size of Britain’s armed forces has shrunk.

Mr Johnson said he’d rather have a smaller army with the top-of-the-range kit they deserve.

Alongside defence spending at home, in Spain world leaders discussed what more they can do to band together and help out hero President Zelensky abroad.

Today the UK pledged an extra billion pounds in funding to aid the Ukrainian war effort.

The PM said: “It is only logical and right to continue to support Ukraine in the way that we are, and indeed to continue to to intensify that military support.”

Mr Johnson added that he thinks brave Ukrainian fighters “have the potential to turn this around”.

Passengers offered £8,200 to fly the next day – here’s how you could get it

Away from putting pounds on the table, NATO summit leaders discussed what they can do to convince countries sitting on the fence to stand up and take the side of the West in Russia’s barbaric war.

Mr Johnson said: “The best way for us to win the argument around the world, about our values, what we stand for… is for the Ukrainians to win, and Putin to fail in Ukraine.”

Business Coach Rina Slusnyte: How to Sell Your Knowledge and Make € 10K a Month When you are Just Starting Out

Who is John Bercow’s wife Sally?

Autumn budget 2021: How Rishi Sunak’s plan could affect your holiday