YOU might not give much thought to your tipple of choice, but as it turns out, your favourite summer beverage says a lot about you.

These bartenders who have years of experience serving cold ones to the masses appear to have it all worked out, and it seems they can tell a lot about someone just by what they order.

Your go-to drink order says a lot about you, according to these experienced bartenders[/caption]

“Being a bartender across the South of England, you start to learn that someones ‘go-to’ drink says more about them than you may realise at first glance,” bartender and founder of Tipsy Panda Cocktail Co, James Harris, told Fabulous.

Bartender of twenty years and Hokus Pokus Bar Manager, Greg Chudzio agrees and said: “There is as many beverages to be had as there are personalities.”

So, what does your favourite tipple say about you?

Read more on your personality 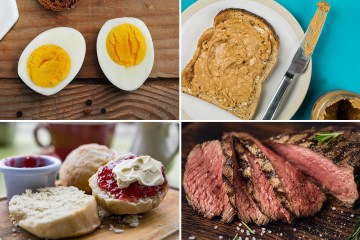 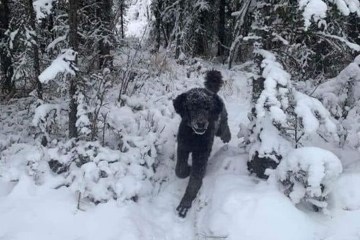 Do you see a man or a dog in this image? Here’s what your answer says about you

Whisky (with or without Coke)

“Many (made-up) research studies say that men who order this drink at the bar are more likely to be a bad boyfriend,” James said.

“Now although this may not be scientifically true, there is a good chance that get a little rowdy and lose the ability to know what you are talking about.”


I bought £7.42 dresses from H&M and DIY’d them for my bridesmaids

If you play it safe with a vodka soda, then you like “nights out without the need to feel guilty about breaking your diet,” Greg said.

James said: “While a lot of us choose to choose a night that includes sweet drinks, greasy midnight snacks and too many calories to count, you chose that health-conscious route, avoiding the messy stuff and only having to sacrifice any taste in your drinks.”

Although a popular choice for many, “there’s a fine line between those who like a Classic G&T, and those who don’t” James said.

Greg reckons gin lovers “probably had an interesting career,” and are “likely the ‘cool’ member” of their friendship group.

You are young and have an immature palette, according to James who says people who have this drink of choice are “most likely new to drinking.”

“Although you might think they’re the toast of the town, trendy gin drinkers tend to care a lot about what others think and are all about the likes,” she said.

Adding: “You’re usually up for anything, l as long as it looks good on the ‘gram.’”

Is rum your beverage of choice? Well, you probably rock up to your favourite bar wearing statement clothing, accoriding to Greg who said you’re usually pretty fun.

Steph said rum drinkers tend to be pretty sensible and “don’t like to be out of control drunk.”

Fancy Redbull with your vodka? You must be a wild one.

“They really have no intention to slow down until the bartender turns up the lights and turns off the music a few minutes after closing,” James said.

Steph added: “Ordering energy drinks as a mixer might seem like a great idea at the time, but you can guarantee this person will be causing all the drama in a matter of minutes.

“They love to cause a bit of trouble, and never know when to go home.”

“Beer is for people who get stressed easily and often worry about their future or any uncertainties, Greg said, mainly because it’s a simple choice, so there’s less to think about.

If you enjoy a craft beer, a keen eye for detail and stealth of knowledge are just two traits you might have, according James.

“There is a good chance that this person will stick around the bar for a little while, very eager to tell you the processes involved in brewing the beer they are sipping on,” James said, all the while getting “froth in their scruffy moustache.”

If a pale ale is you’re drink of choice, “you’re likely out for a good time not for a long time,” said Steph

“You’ll be tucked up in bed before the party really gets going with a kebab in hand by 10pm. “

While Guiness is for footy-mad folks.

Ladies, if you spot a lad sipping cider all night, you bet stay clear.

“A classic drink of the wanna be bad boy, you’ll find dark fruits drinkers following up their tipple with a few vodka shots ready for a night they won’t remember,” Steph said.

Oh and white wine drinkers love to “talk about their Zumba Class that morning.”

But more than that, Greg added white wine drinkers often ” identify as curious, sarcastic and perfectionists.”

If red is more your style, you are “mostly adventurous and organized,” Greg explained.

Steph said: “While red wine drinkers might give off a classy vibe, these people tend to struggle to hear anyone else’s opinion above their own.

“They know what they like (and what they don’t) and aren’t scared to tell you!”

You, my friend, are all about celebrating life. Particularly “every little nuance” of it, Greg said.

“These are for the hun who is serious about relaxing,” the experts at All Shook Up said.

“She’s living a time pressured life with kids and partner and work all piling demands on her and she’s got the afternoon off to herself and she is going to have a relaxing.

“You follows hunsnet and Mrs Hinch like it’s the bible, you’re all about bling and drinks that don’t burn a hole in your pocket.”

The experts at Hensons Bar at Minis Hotel, Soho knows a thing or two about cocktails[/caption]

“Asking a bartender for a shot of tequila is really just another way of saying ‘I don’t have work tomorrow’ or ‘I don’t care that I do’,” James said.

You’re wild and carefree and don’t care about the consequences. That is until you wake up with a pounding headache.

Greg agreed: “Tequila drinkers are adventure-lovers who need lots of thrills in their lives.”

“You see yourself as a Colin Farrell in Miami Vice kind of person – travelling the globe – and if you can’t actually be abroad, you want to feel like you are.”

A popular choice in the summer months, but you don’t like to be put in a box.

A hard one to read, according to James who says you’re often “consistent.”

If a classic martini is how you do things, you believe in traditional ideas of how things should be.

“You’re also mysterious, clever, and know how to get your attention,” Greg added.

If you opt for gin, you’re “confident, secure and know whatyou want in life.”

You my friend like dancing and according to Greg, you’re “very social and like making new friends.”

According to Francesco Delfino, Bar Manager at Henson’s Bar at Mini’s Hotel, Soho, “Nothing says let’s party like the Margarita.”

Fancy a Negroni on a hot sunny afternoon, or a pre-dinner treat perhaps?

“You like to have expert knowledge on arcane subjects, and you’re the friend you would ask to help solve the problem,” Greg said

Francesco said these bad boys aren’t for time wasters. You like to get the job done and quick – efficiency is key.

Passengers offered £8,200 to fly the next day – here’s how you could get it

Edmund said: “You’re sophisticated, you’ve got good taste and the wardrobe to match.”

Edmund Wood is the founder of Belgrove Rum[/caption]

Siddharth Verma, who stopped Rahul Gandhi from speaking on national issues, became famous all over the world, find out who this official is.

Belfast: A city filled with music, laughter and a distinctive buzz