Killer, 19, jailed for life after stabbing his own mum, 54, more than 80 times in vile attack

A 19-year-old who stabbed his own mum more than 80 times has been jailed for life after pleading guilty to manslaughter.

Aaron Matthew, repeatedly knifed Ingrid Matthew, 54, before slitting her throat and leaving her to die on his bedroom floor.

Ingrid Matthew died after being stabbed over 80 times[/caption]

A court heard her body was found in a pool of blood by her former partner and Matthew’s dad at the property in Leicester on September 11 last year.

Matthew had left the address in the Highfields area but handed himself in to cops in Peterborough, Cambs., the following morning.

He was charged with murder and went on trial at Leicester Crown Court.

However, experts agreed he had been suffering from a previously undiagnosed medical condition. 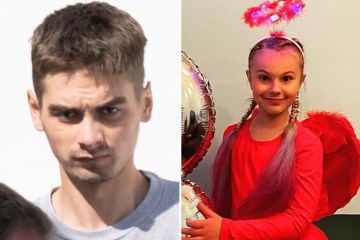 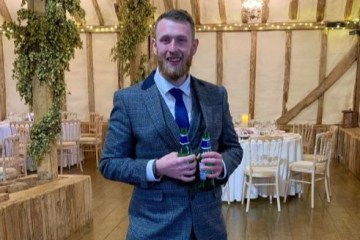 Tributes to man fatally attacked at station after ‘altercation’ on train

They agreed this had substantially impaired his ability to exercise self-control at the time Ingrid was killed.

As a result, Matthew entered a guilty plea to manslaughter on the grounds of diminished responsibility.

He was handed a life sentence yesterday and ordered to serve a minimum of six years and 226 days.

Detective Inspector Nicole Main said: “Only Aaron Matthew can explain why he took his own mother’s life.


If tomorrow's Archie's last day then so be it, but we'll fight to the end


Archie Battersbee will have life support turned off at midday TOMORROW


Worker dies at Morrisons warehouse after being 'crushed by collapsing roof'


Nursery workers including woman, 18, arrested on suspicion of child cruelty

“I hope today’s sentencing can provide a degree of closure to Ingrid’s family and those to who she was closest.

“Sadly, no sentence given will bring her back and my heartfelt condolences go out to them as they continue with the grieving process to come to terms with their loss.”

Ms Matthew’s family spoke out in an emotional statement, which read: “Ingrid was a private person but a kind, vibrant and special soul.

“She was always happy, dancing and willing to help anyone in any way she could.

“She was completely selfless and we are devastated that she’s gone. Learning to live without her has become our new reality.

“We miss Ingy. We are grateful for everything she did to help her mum and others.

“We are so proud of how she always supported others and rejoiced in their achievements. Ingrid will be forever missed by family, friends and the community.

“We love her very much and hope one day we can come to terms with her passing.

“We know the criminal justice system has its role to perform in ending violence towards women and young girls.

“But we, as individuals, members of the community and society as a whole, also have our part to play. As a family we know first-hand just how important this is.”

A first class student wrote a letter to the Prime Minister: “Modiji! You have made my pencil-rubber and Maggi expensive”, the girl's anguish is going viral.

Can you ever make a theme park trip luxury? We go to Fairmont Windsor Park to find out