RISHI Sunak threw tax cuts red meat to Tory members last night as a poll showed him trailing Liz Truss by more than 30 points in the race to be next PM.

Despite railing against cuts for weeks, Mr Sunak hinted that he may slash or even abolish Inheritance Tax at a party hustings in Cardiff.

Mr Sunak said slashing aid to countries which refuse to take back their failed asylum-seekers should be written into post-Brexit trade agreements.

In a dig at Ms Truss, who has signed dozens of such accords already, he said: “We slightly neglect to say can you take back your failed asylum-seekers.”

He said it was time to be more “courageous and more conservative” on ­welfare reform and vowed “to be tough” on handouts as there were more job vacancies than people claiming benefits. 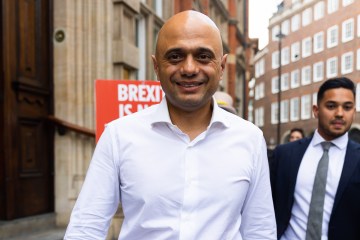 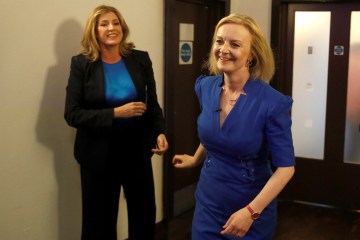 The fourth hustings came as a second poll underscored Ms Truss’s lead for the top job among Tory party members.

After getting a 34-percentage point lead in a YouGov poll, a ConservativeHome survey put her 32 ahead.

Mr Truss rejected claims she was “flaky” during last night’s meeting following a policy U-turn on public pay, and her pro-EU and Lib Dem past.

She said: “I do change my mind but the principles remain the same.”


I called Coleen and said 'what the f**k is this?' after THAT post, says Rebekah

And last night she won the backing of former rival Sajid Javid who said Mr Sunak was too cautious on cutting taxes”.

Former Chancellor Mr Javid said: “If we can renew our government with a bold agenda, the Conservatives can still beat Labour, the Lib Dems and the SNP at the next election — and the evidence suggests Liz is the best-placed candidate to do so.”

Meanwhile, the 160,000 Tories who will choose the next PM were told that voting twice will see their party membership withdrawn.

It comes after party chiefs brought in cyber spooks to firm up voting security.

Man, 40, charged with murder of missing mum Claire Holland, who disappeared 10 years ago

MONEY9: How do people in the stock market get a decent return through Dividend?

Humans could breathe through their bottoms in the future like pigs, scientists claim

When will SpaceX Starship SN20 launch and go to the Moon, Mars?