Another digital assets exchange plans to go public in 2022

by Anderson
in Crypto
0
SHARES
Share on FacebookShare on TwitterLinkedin

Luke Ozimski and the management board are considering listing CoinCasso Exchange directly on public stock exchanges.
Ozimski is the founder and CEO of the CoinCasso cryptocurrency exchange, one of the fastest growing cryptocurrency startups. Earlier, he told Entrepreneur that his crypto exchange was considering a public debut by listing directly on the London Stock Exchange as early as 2022. Bitcoin’s soaring price and popularity of the technology had led to rapid expansion of the company and its trading volumes during the pandemic. 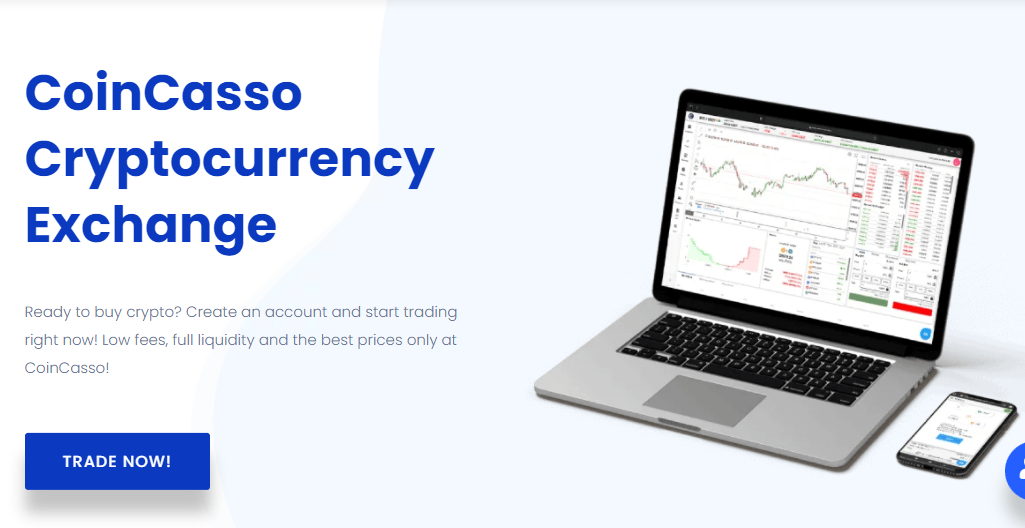 Ozimski also stated that there was nothing to wait for. Following the market shockwaves caused by Coinbase’s – one of CoinCasso’s top competitors – direct listing, Ozimski is looking at a more traditional IPO. The cryptocurrency giant, Coinbase, has tested the public’s appetite for crypto exchanges. It has cemented Coinbase’s position as a leading example to many other crypto companies that are also looking to raise capital to cope with their rapid growth. So far, Coinbase’s performance has been volatile: valued at $68.1 billion shortly after its direct listing, the largest stock exchange in the US by market cap is now around $50 billion. The public’s appetite is clearly there.
CoinCasso’s board has reached similar assumptions – “The scale of the difference between our companies is huge, but the direction of development and the trend are exactly the same ” – summed up Ozimski. Founded in 2018, CoinCasso was the first fully EURO licensed cryptocurrency company in Central Europe and the first company of its type to become an official partner of Paris Saint-Germain in 2020. In an interview with a couple of magazines, Ozimski revealed several development objectives of the company, its target groups and directions in which the company wants to develop its offering, to dynamically increase its position in the market.

CoinCasso has already established its position in Central Europe as well as in the rankings of CoinMarketCap – it moved up by 100 places in just a single year. “In the first year of the pandemic, we increased the number of users by almost 6 times.” The company’s development plan is being implemented effectively and the results are much better than their initial expectations.

CoinCasso’s valuation has already reached approx £20 million. 2022 will be the best investment year for the fintech and crypto markets and some suggest that even before the IPO, CoinCasso could be valued at over £150 million by the end 2022. In the IPO bankers have more control over the pricing process, whereas direct listing allows the market to discover the price more organically. However, unlike in typical IPOs, in direct listing the existing shareholders are also not prohibited from selling their shares in the debut. This often means a greater supply of stocks, which can push the price down, which is why CoinCasso wants to avoid it.

“The IPO looks much more attractive in the light of the direct listing results, and we want to choose the best path by drawing conclusions from the adventures of others. ”- said Ozimski. The CEO reiterated his hopes for a public debut in the third or fourth quarter of 2022. Interestingly, the information received from analysts suggests that the industry simply has more to develop – which only awakens the appetite for investments. Everything points to the fact that the market is already creating better and better conditions for crypto companies that want to
debut.
“In the last 3 years, we have done a lot, and together with the company’s representatives we have visited many markets and prepared our startup to conquer other regions. We can say that we received a lot of interest, but also we have an open road to start operations in crypto worldwide. “- commented Ozimski.

CoinCasso crypto exchange is opening its headquarters in London, UK. In early 2022, it will be listed on the largest crowdfunding platform in the world. The interest has been so great that it may be one of the fastest fundraising events in recent years. The next step will be to open a holding company in which, together with a partner bank, an application will be launched that will allow customers to store traditional currencies and digital assets in one wallet, and most importantly, along with the VISA card partnership, there will be full-payment options wherever card payments are available.
“ We believe that our innovation and hard work will bring the intended results also in the western markets. We have unique solutions, but also simple UI, multi-lingual support and a lot of adoption solutions. In line with the trend, I personally believe that this is the best time to join this world before the next train leaves.” – Luke added.

The CoinCasso company has published information about its next steps for investors on its website. We can find out that the investment opportunities have been divided into 3 stages. In 2018, the company obtained funds at the pre-seed stage worth around 2 million pounds.

Currently we’re in a seed stage, which will be followed by crowdfunding, and then open market. It seems that the seed is the most advantageous stage for private investors with more capital, and crowdfunding for the general public. Crowdfunding is a bull’s eye for such a platform because the benefits also come from increasing media presence which will have a positive impact on the number of users. The last stage of investment is the open market, which is all bigger but potentially more difficult to attract market players, such as VCs and other funds. And, of course, the rumors about going public in 2022 give the matter a solid boost!.

Why travel anxiety happens and how to cope

Marketing maestros on key to advertising success for 2022