The evolution of Tibet in the last 70 years

by Anderson
in Travel, World
0
SHARES
Share on FacebookShare on TwitterLinkedin

Adriano Madaro (Lao Ma for his Chinese friends) is an Italian journalist expert in Chinese affairs since he traveled in China for 45 years, from the spring 1976 to the winter of 2020, visiting in depth in his 216 journeys all the provinces and regions, from the North-East to Xinjiang, from Tibet to Hainan, from Inner Mongolia to Yunnan. In his intense activity as a journalist and sinologist, he has written more than 1000 articles for newspapers and magazines, publishing 30 books, the last of which is “Understanding China”, a 680 pages volume that is obtaining success and approvals.

With Adriano Madaro we registered this interview for the 70th anniversary of peaceful liberation. You traveled a lot in China. How many times in Tibet? What were your first impressions?

6 times: the first in 1990, the last in 2013. 30 years ago Lhasa was so different; it seemed like a medieval city. From the point of view of folklore, the city was a big attraction for the Western tourists, the traditional life of the Tibetans was fascinating but their existence was extremely hard.

What was the strongest impact on you when you were traveling in Tibet?

Beyond the ethnographic interest, the underdevelopment of the people was impressive.

After Lhasa I visited in the next years Gyantsè, Xigatsè and other smaller cities in Qinghai. Amazing and unforgettable places. But in the late 90’s even Tibet was reached by the enthusiasm of the modernization since many economic reforms were developed. The problem was the meeting of the Tibetan cultural tradition with the introduction of new modern technologies. Unfortunately sometimes this happened with some imbalances or identity sacrifices. 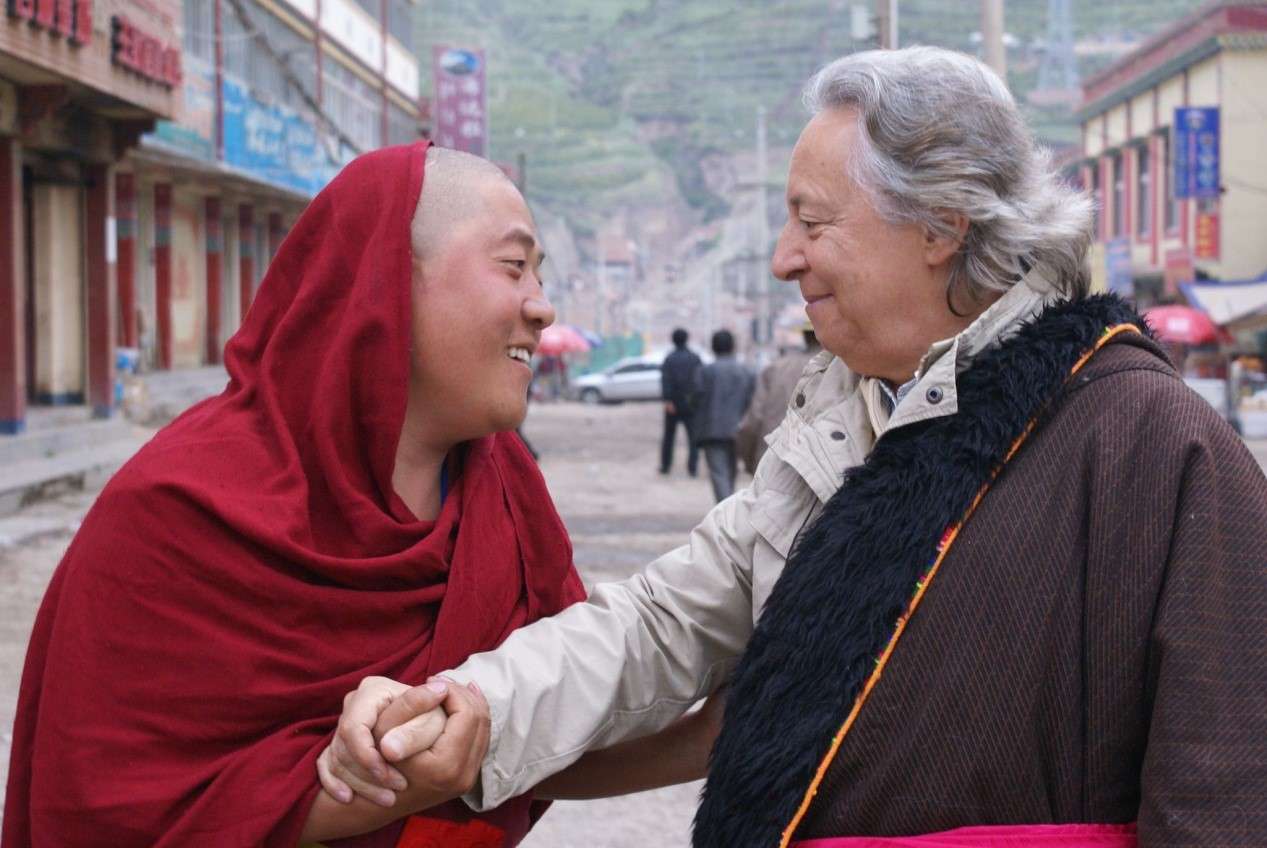 In your opinion, did the central government accomplish a good job?

Tibet was still living in 1800. An intervention on the main infrastructures was necessary: roads, highways, airports and above all the railway from Beijing to Lhasa in order to travel among the typical regions of the plateau. An incredible achievement. And then schools, hospitals, gyms and above all social housing for the population that was growing: the effort of the central government was enormous. None of the other Chinese provinces or regions received so many investments like Tibet.

The West, above all the anti-nationalist associations like “Free Tibet”, has been keeping denigrating the Chinese politics about Tibet for decades. What’s your opinion?

First of all we need to avoid historical and political misunderstandings. Tibet is a Chinese region since the Yuan dinasty (XIII century) but even going back in history we found a patronage relationship also during the Tang dinasty. All the geographic maps regarding China or Asia published in Europe and USA since the beginning of the XVIII century show Tibet as a legal region of the Chinese Empire without any objection until 1949. Only since 1950, Tibet was involved in a defamatory campaign against China that stated that China conquered militarily Tibet like it was a foreign invasion. Isn’t Tibet Chinese anymore only because the political government in Beijing changed and Guomindang was defeated after the civil war? Why would the history be forged?

In your opinion, which are the responsibilities and who are the accountable?

The first responsible was the British government that since the beginning of the XIX century tried to take Tibet from China in order to merge it to his Indian province. After the defeat of Chiang Kaishek, the Americans intervened instigating the Dalai Lama and the Buddhist monasteries to the rebellion and the independence. In the end the Dalai Lama betrayed the “17 points Agreement” signed in Beijing with the central government in 1951 and in the March 1959, after having incited the rebellion against China, he ran in India where he started a strong activity against China helped by the CIA, the American counter-intelligence that sponsored him for many years. This part of the history is unknown in the West and today it is still exploited, above all by the US government.

What do you wish to the Tibetans for the 70th anniversary of the peaceful liberation of Tibet that is celebrated this year?

I wish them the peace and the harmony with the other 55 ethnicities of China. Above all, I wish to the young generations, whether they are leaders, monks, shepherds or farmers since they all are participating to the great transformation from which Tibet has benefited, to contribute to the development of the country and the entire human race towards the social wealth, respecting the diversities of language, culture, faith and ethnicity. The 70th anniversary of the peaceful liberation of Tibet must be a shared chapter of the big History of China.

Besides Adriano Madaro, Dechen Shak-Dagsay, the famous contemporary singer of traditional Buddhist Tibetan mantras, also expressed the sincere wishes for the 70th anniversary of the peaceful liberation of Tibet through her song Amaleho.

Dechen Shak-Dagsay lives in Switzerland, that’s why the music video of the song was produced both in Switzerland and in Tibet. The MV represents the brand new look of Tibet in nowadays and also the best wishes to the inhabitants of Tibet from the Tibetans living abroad.

IPL 2022 PBKS vs LSG Live Streaming: Who will win Lucknow or Punjab, know when and where you can watch the match

Who will be the new Prime Minister of Britain after Boris Johnson? Along with these 6 leaders in the race, Rishi Sunak of Indian origin is also a contender!