BORIS Johnson will make a major announcement on Monday that June 21’s lockdown lifting will be delayed until July 19, The Sun can reveal.

A two-week review will be included meaning coronavirus restrictions could be dropped on July 5 if hospitalisations stay down.

But sources told The Sun the chances of lifting restrictions as planned on June 21 were close to zero due to a 240 per cent surge in the Indian strain, now known as the Delta variant.

This is a huge blow to Wembley’s hosting of some crucial Euros matches.

It had been hoped Wembley could be full of fully vaccinated or tested fans by then, but the delay to the last phase of the roadmap has scotched that.

Running the big matches as pilots for Covid certification trials means the capacity numbers can be stretched, but there will still be thousands of seats left empty.

Whitehall sources involved in the planning for the delay point to the fact that all UK adults will have been offered at least one jab by the end of July, with a short delay considered far better than having to U-turn and reintroduce restrictions.

One source said: “The last thing they need is a hokey cokey of in out, in out of restrictions.

“No one wants to go backwards, and we have to get this right first go.”

The delay will be used to work out if the jab rollout really means rising cases numbers do not spark a surge in hospitalisations – and it will allow millions more people to be double jabbed.

But Downing Street were spooked after cases of the Indian strain rocketed last week. 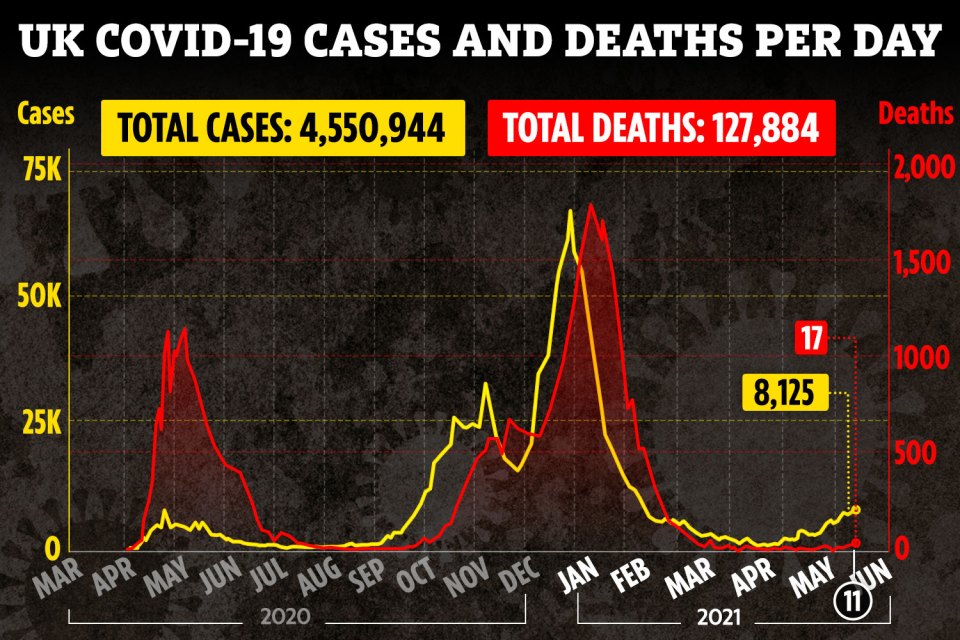 ROADMAP: HOW IT WILL UNFOLD

July 5 – Boris Johnson will review and assess the data as part of his ‘two-week break clause’. Restrictions could be eased partially or fully if data is positive

Brits are two-thirds more likely to catch the variant from close contacts – with cases more than tripling in 11 days.

Doubling rates for Delta infections were as high as 4.5 days in some parts of England. And 96 per cent of all cases are now due to the new strain.

Experts found family members are 64 per cent more likely to be infected with the bug compared to the Alpha or Kent strain.

And worrying research suggests the latest strain more than doubles risk of hospitalisation.

However, patient numbers have grown at a much slower pace than cases – suggesting the vaccines are currently working to save lives.

Just six per cent of all Delta variant infections were in people who had both jabs.

More than half of the 42 deaths due to the mutation were in unvaccinated Brits.

Dr Jenny Harries, Chief Executive of the UK Health Security Agency, said: “With numbers of Delta variant cases on the rise across the country, vaccination is our best defence.

“If you are eligible, we urge you to come forward and be vaccinated.

In a very big public hint that a delay was coming, vaccine minister Nadhim Zahawi warned against “squandering those hard fought gains” made by the jabs by lifting the last of the restrictions too soon.

Mr Johnson is set to address the nation on Monday evening after making his final decision.

No10 publicly insist that no final decision has been made, but privately key figures say any chance of going ahead in two weeks time are “hanging by a very, very, very thin thread.” 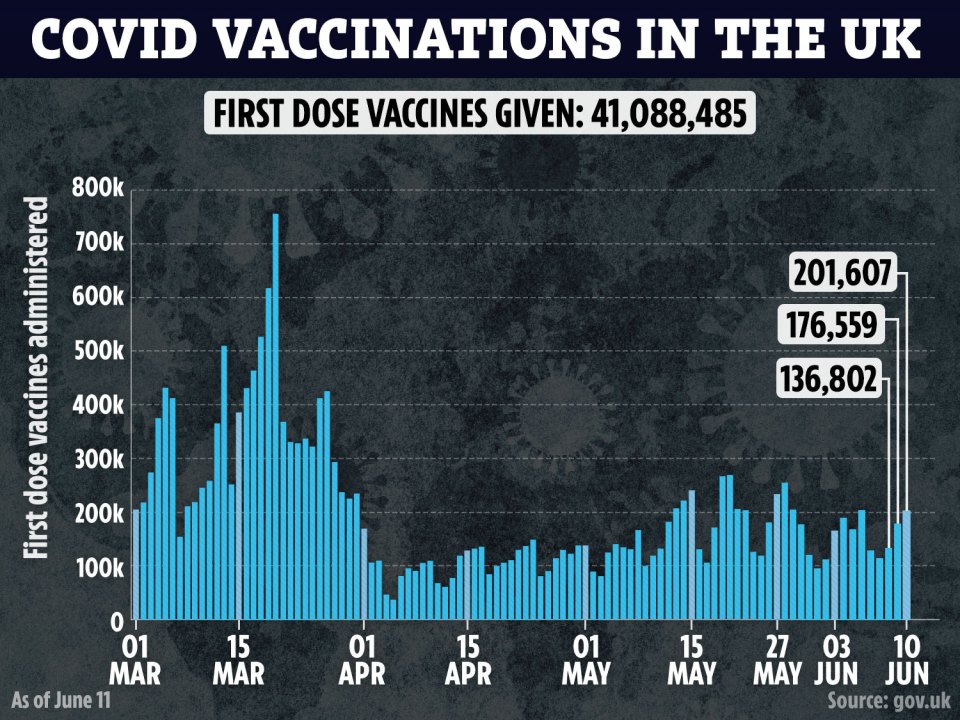 National Burger Day 2021: The best deals and treats to order this year