What does Omicron mean in Greek?

THE NEW “variant of concern” has been named ‘Omicron’.

Here’s all there is to know about the new name. 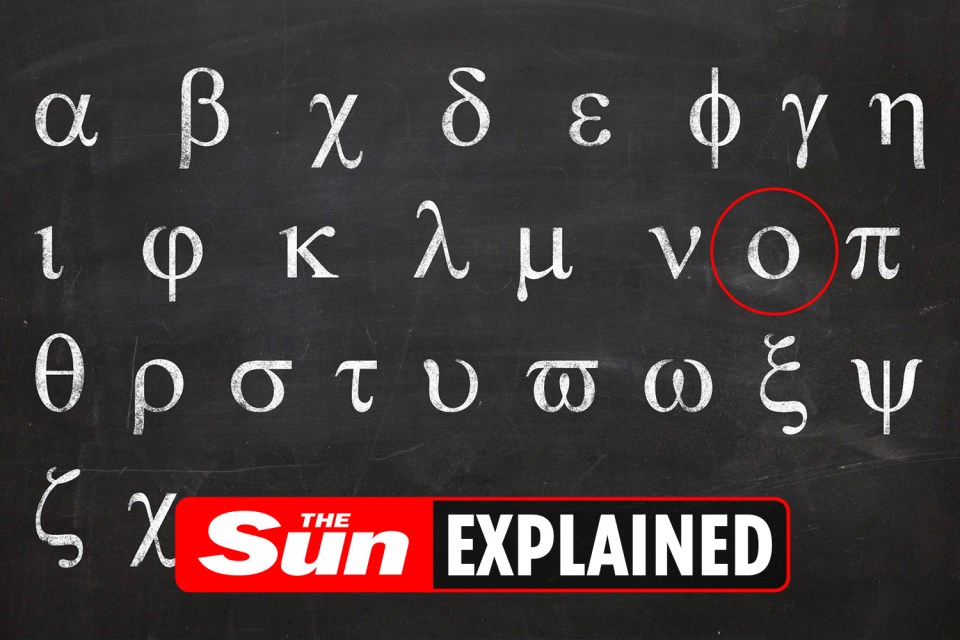 What is the difference between Omicron and omega?

The word omicron itself translates from Greek as ‘o micron’ which means small.

Omega is the 24th and final letter in the Greek alphabet.

What letter is Omicron in English?

The word is the 15th letter in the Greek alphabet.

In English it would be the vowel ‘o’.


Face masks to return from TUESDAY in shops and public transport


Do I have to wear a mask in restaurants and pub? New rules explained

What does Omicron mean in Greek?

Omicron can trace its roots as a word back to Ancient Greece.

In the system of Greek numerals, omicron has a value of 70 and is also derived from the Phonecian letter ‘ayin’.

The Greek alphabet system was originally developed in Greece at around 1000 BC.

It’s the direct or indirect ancestor of all modern European alphabets which itself was derived from the North Semitic alphabet via that of the Phoenicians.

As it was formed the Greek alphabet was slightly modified through the addition and removal of several letters.

In the past week, Omicron has come to the attention of the world as the name for the latest variant of Covid.

The strain was initially called B.1.1.529 by the World Health Organisation (WHO) and was first reported by South Africa on Wednesday.

This afternoon the UK confirmed it had identified its first two cases, both of which are linked with travel to South Africa.

To this point the Omicron variant has been officially identified in four other countries – Botswana, Belgium, Israel and Hong Kong.

On the road with: Tennis coach Patrick Mouratoglou reveals where you can see Serena’s trophy collection

Ranked: Top B2B websites covering pharma and medical devices in UK and US