The PM is now ranked minus 17, according to the survey of true blue Tory faithful, only the second time he’s been in negative territory since it began. 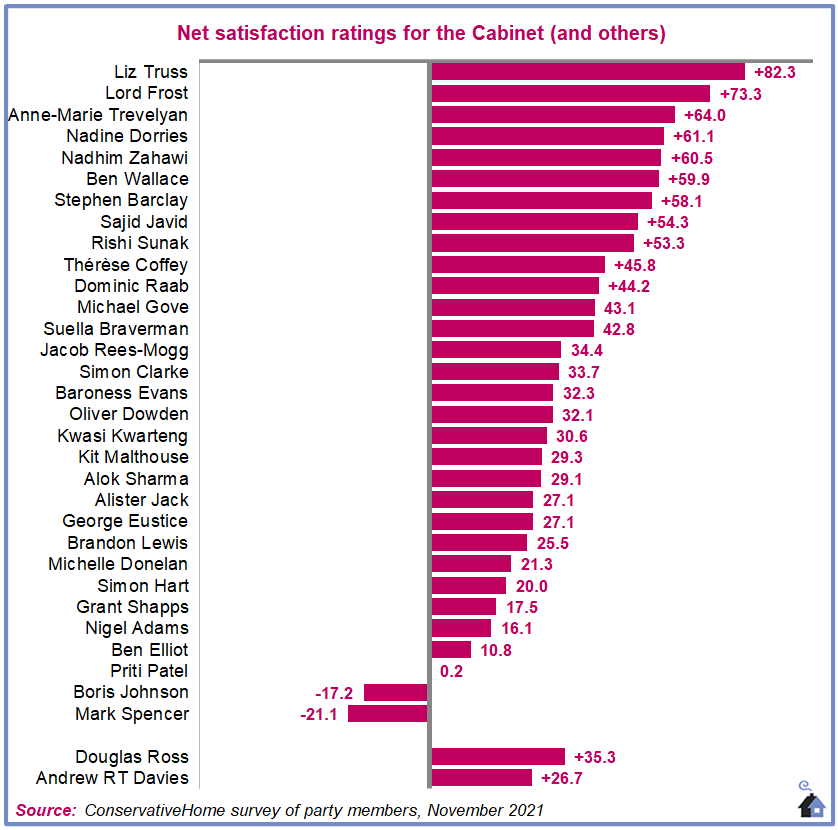 Priti Patel, chief whip Mark Spencer and Jacob Rees Mogg also tumble down the rankings after the botched bid to try and save Owen Paterson last month – which sparked a major Tory civil war on the backbenches.

Mr Spencer is firmly at the bottom, on minus 21, whereas the Home Sec only just scrapes into a positive ranking of 0.2.

It comes after weeks of rows over small boats as the crossings numbers continue to soar to record levels.

And the PM continues to face backlash over his response to the sleaze scandal, and chaotic speech to the CBI last week.

Priti Patel is only just in positive territory[/caption]


Rayner clueless about Starmer's reshuffle as Cooper returns to frontbench

How the pandemic increased demand for online services

Proof there’s life on Mars could appear within just 20 years – though aliens could find us first, says expert