BORIS Johnson this afternoon announced he’s scrapping almost all Covid restrictions in a huge boost to millions of Brits.

The PM said he’s binning all of the Plan B measures which were introduced last month to help fight off the Omicron wave.

Addressing parliament, he said the guidance for Brits to work from home where possible has been immediately withdrawn.

That means people can head back to the office from tomorrow morning.

Vaccine passports, used by people to prove their vaccination status or a negative test to enter large venues, will also go from midnight next Wednesday.

And in a surprise move the PM also declared wearing masks in public spaces like trains, buses, and shops will fallaway at the same time.

Plus the current isolation rules requiring everyone who gets the virus to quarantine are set to expire on March 24 or even sooner.


My wife admitted to stealing £7,200 in her SLEEP – and I went straight to the cops

Boris told the Commons cases and hospitalisations are falling and “our scientists believe it is likely the Omicron wave has now peaked nationally”.

He declared: “Because of the extraordinary booster campaign, together with the way the public have responded to the Plan B measures, we can return to Plan A in England and allow Plan B regulations to expire.

“We will set out our long-term strategy for living with Covid 19, explaining how we hope and intend to protect our liberty and avoid restrictions in future by relying instead on medical advances – especially the vaccines which have already saved so many lives.

“But to make that possible, we must all remain cautious during these last weeks of winter.”

Follow our Covid live blog for all the latest updates

The shock shake-up to the restrictions was approved at a meeting of the Cabinet this morning.

They will only apply to England because Scotland, Wales, and Northern Ireland all set their own Covid restrictions.

Here are all the major changes to the rules that will affect you:

Brits will be allowed to flock back to offices from tomorrow morning in a major boost to the economy.

Cabinet ministers had been pushing the PM hard to ditch the home working rules as soon as possible.

People were ordered to return to teleworking on December 8 in a bid to help stop the lightning spread of Omicron.

Whilst the measures technically took the form of advice, it was followed by many companies with city centres falling quiet.

The Government says that “high levels of home working have played a very important role in preventing sustained epidemic growth”.

Brits will no longer have to show proof of vaccination or a negative test to enter large venues like football grounds and nightclubs.

All domestic use of vaccine passports is being dropped from next Thursday morning in a move that will please many Tory MPs.

Boris faced a huge Commons rebellion when the measure was introduced last month and only got it through thanks to Labour.

The current restrictions covered indoor events of more than 500 people and outdoor arenas hosting more than 4,000.

At the time the Government justified jabs papers by saying they were “preferable to closing venues entirely or reimposing social distancing”.

In a surprise move the PM also announced that rules on wearing masks in public places in England are also being ditched from midnight next Wednesday.

He had been widely expected to keep face covering guidance in place until cases of Omicron further subsided.

Previously people had to cover up on public transport and in shops, post offices, banks, beauty salons, hairdressers, theatres and cinemas.

The PM also announced that rules requiring kids to wear masks in classrooms have been immediately ripped up ahead of tomorrow’s lessons.

Wider guidance advising children and teachers to wear coverings in communal areas like hallways and canteens will also go next Thursday.

Finally, in another surprise move the PM also said Covid self-isolation rules are set to come to an end on March 24.

Currently everyone who tests positive for the virus must quarantine at home for at least five full days.

If you return two negative lateral flow swabs on days five and six you can then leave isolation early.

Fully vaccinated Brits who come into contact with an infected person should test daily but don’t have to isolate so long as they remain negative.

Meanwhile unvaccinated people who are close contacts of Covid suffers must go into quarantine for 10 days.

But the PM told the Commons he “very much expects” not to renew the legislation underpinning the rules when it expires at the end of March.

And he said there could be a Commons vote on ditching the self-isolation rules “even sooner” if the Covid data keeps going in the right direction. 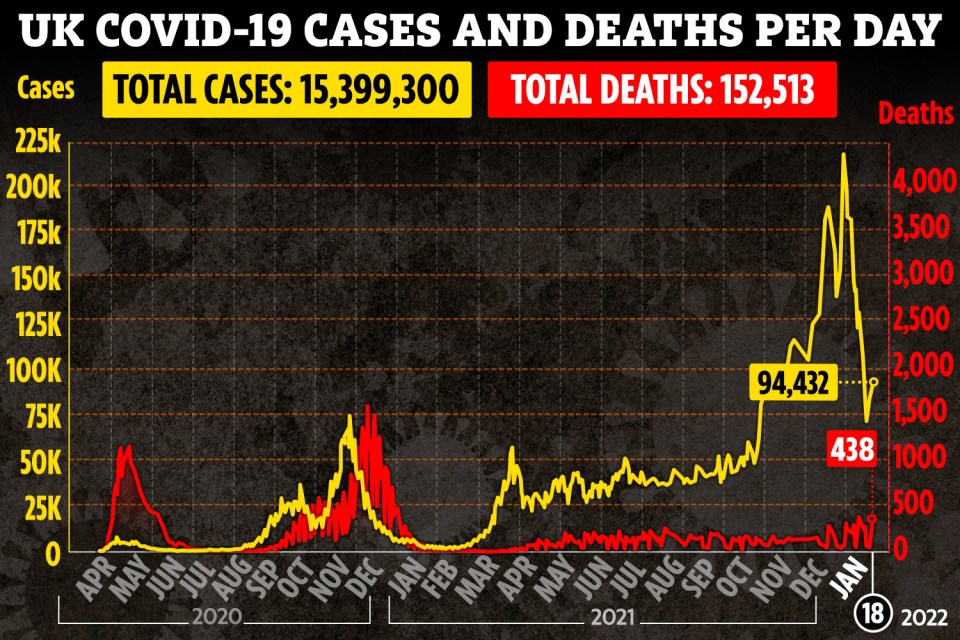 When will SpaceX Starship SN20 launch and go to the Moon, Mars?

PCR test prices could soar to HUNDREDS of pounds & pre-Xmas travel to be ‘wiped out’ with new Covid rules, expert warns