Why do clocks go forward?

IT’S March, and that means that it is almost time to move our clocks forward and get ready for brighter and warmer days in the UK.

Here are the dates you need to mark down to remember to change your clock forward and do not accidentally sleep in for an extra hour. 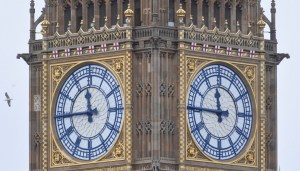 Why do the clocks change?

We change our clocks to make better use of the daylight.

On the last Sunday in March, clocks in the UK go forward an hour so that there’s more daylight in the evenings.

But the clocks go back in October so there’s more daylight in the mornings and less in the evenings during winter.

Clocks will change to British Summer Time when they go forward at 1am on Sunday, March 27, 2022.

Will we stop changing them back and forward?

On March 27, 2019, the European parliament voted to scrap the twice-yearly custom of changing the clocks.

That meant that, from 2021, member states would have to choose to stay on either permanent summer or wintertime.

According to a YouGov poll last year, most Brits (59%) indicated they would prefer to stay on permanent summertime if we stopped changing the clocks.

The majority said they would sacrifice the light of winter mornings for more daylight on summer evenings.

A document – ‘Clock changes: is it time for a change?’ – was printed by the House of Lords, looking at the potential impact.

It said that any abolition of clock changes and adoption of a permanent time zone – either permanent winter-time or summer-time – would have significant consequences for several industries.

This included aviation and agriculture and the daily lives of citizens, including, in the UK, those living in Scotland and northern England.

“The case for and against abolishing clock changes is especially complex for those living in Northern Ireland,” it added.

The House of Lords said: “We received no compelling evidence to suggest that the current system of seasonal changes does not work well for the UK.

“We do, however, note the lack of both contemporary research and public consultation on this issue.

“Although there is significant strength of public feeling in favour of abolishing seasonal changes of time, there is little evidence that doing so would lead to a material improvement over the status quo.”

Why do we use GMT?

On October 22, 1884, the Royal Observatory at Greenwich, London, was announced as the site of the Universal Time meridian of longitude.

All the world’s time zones are calculated from this point and all terrestrial longitudes.

GMT remains constant throughout the year.

In the winter, the UK uses GMT for its local time, but local time is moved forward an hour to British Summer Time (BST) in March.

When did the UK start changing the clocks?

The idea was first suggested by American politician Benjamin Franklin in 1784 but it wasn’t introduced until much later.

In 1907, William Willett – who happens to be Coldplay singer Chris Martin’s great-great-grandfather – published a pamphlet called The Waste of Daylight, encouraging people to get out of bed earlier.

The Government discussed his proposition of changing the clocks, but it wasn’t made law.

That was until 1916 when daylight savings was officially introduced – though sadly Willett died the year before so never got to see it in action.

Humans could breathe through their bottoms in the future like pigs, scientists claim