AN INSTAGRAM influencer has been shamed online for reportedly wanting to “freeload” off a fancy restaurant.

In a screenshot of a message to the unnamed restaurant, Jasmine explained she would soon be heading to tourist hotspot and “would love to help” the owner “grow” their business.

The message was littered with spelling mistakes and said she would share content from the eatery on her Instagram page to her loyal followers who “value” her opinions and posts.

Jasmine’s message read: “I love creating content for brands and I would be more then [sic] happy to supply your company images you can share on your channels that are aligned with your current feed aesthetic or values.”

It also said she is willing to “add her personal touch”, with the awkward note signed off by pointing out she is a “model with lots of experience”. 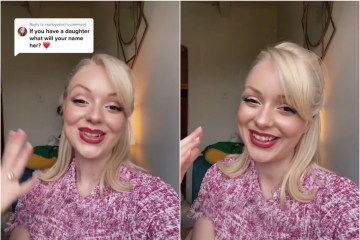 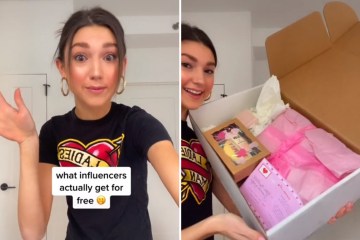 “I am more than happy to help out xx,” the message concluded.

A screenshot of her alleged message was shared by prominent food critic John Lethlean.

He posted it to his Instagram on Tuesday night alongside the caption, “A model and a reviewer”, before adding the “#couscousforcomment” – a hashtag shaming influencers who demand free food.

One of his followers asked: “When will the freeloading end! How about buy your own meal and then tell your followers about your experience!”

It comes as another pair of influencers also came under fire for requesting a free feed in exchange for “some stories” on their personal accounts.

Food blogger Elle Groves, who runs Instagram page @twoteaspoons, with friend Annie Knight, approached an unnamed restaurant for a ‘collaboration’ and asked to ‘try out’ his meals.

Elle asked: “We would love to come and try it out in exchange for some stories on our personal accounts, and a post and stories on our food page accounts”.

The messages were then shared by a restaurant critic John Lethlean, along with the restaurant owner’s furious response.

It’s safe to say that the owner was not happy, and told the influencer that her message ‘triggered’ him after Covid forced him to get another job on his days off to ensure that his staff were paid.

The owner said: “Hey, Elle apologies for the delay…I’ve been grappling with how much rage to demonstrate/throw in your direction.

“I’ve decided to take the high road and explain a few things to you in the hope that you’ll learn something and become a better person.

“Reaching out blind to a venue you know nothing about looking for free stuff is a s****y enough thing to do in the best of times.

“But it’s even worse when Covid is still very much a thing, affecting small businesses like us devastatingly for two years now.

“Many hospitality businesses are still trying to catch up from devastating losses and stresses over the past two years, and we’re certainly one of them.”

The influencers told Daily Mail Australia the aim of their page was to create awareness for small cafes and businesses by promoting them to their 10,000 combined followers.

They said: “We have never asked companies for free food, it is always left open to them to what they want to offer.

“We have dined at 99 per cent of restaurants featured on our page paying full price.

“We only wanted to offer this professional exchange based off the amazing feedback we received from the companies that approached us.

“We always have the restaurant’s interest at heart and have a huge passion for food and the experiences it brings.”

This story previously appeared on News.com.au and has been republished with permission.

In a screenshot of a message to the unnamed restaurant, Jasmine explained she ‘would love to help’ the owner ‘grow’ their business[/caption]

After the death of a table tennis player, the father asked for help, but SAI refused