Why the FIFA World Cup 2022 is different – 3 things you should know!

After four years that felt like a decade, the 2022 FIFA World Cup is finally here. The last four years might have been the toughest of years we’ve been through, and finally, the stage is set – the first World Cup in Qatar is all set to start. 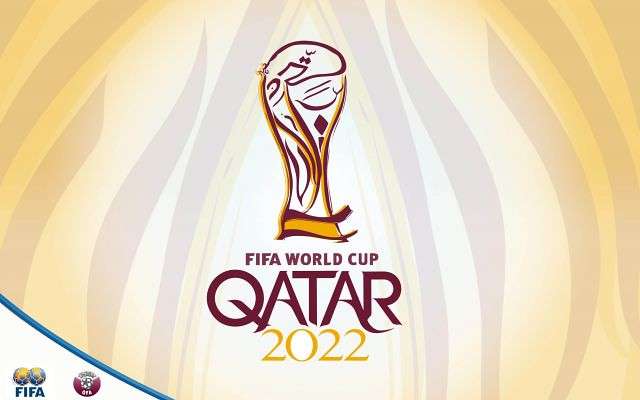 The last world cup was a special one. Held in Russia, France emerged champions with the likes of a young team like Kylian Mbappe, Ousman Dembele, and Paul Pogba. The 4-2 win against Croatia was a historic feat for the French, who secured their first world title after 1998. It was also a massive win for Croatia, a country with little more than 4 million people, making it to the world cup finals.

While France found it easy in the finals, the football world will never forget Croatia’s Cup run. That was all in 2018. Fast forward four years, here are three important topics that the entire football world is talking about in the build-up to the World Cup.

1: The Last time to see the two greats play together

The 2022 FIFA World Cup might be the last world cup in that we might see Cristiano Ronaldo and Lionel Messi play together. The 2022 world cup will be Ronaldo’s fifth appearance after making his first appearance in 2006 in the Portugal jersey.

The leading goal scorer in men’s international football, Ronaldo, made sure that his team qualified for the finals in Qatar when they defeated North Macedonia 2-0 in the European qualifying play-offs.

In Qatar, the 37-year-old will play his 10th major international tournament – a string of tournaments that started with Euro 2004. Since then, we’ve seen Ronaldo feature in four world cups and five Euro championships for Portugal. In 2016, under his captaincy, Portugal emerged as European Champions.

Ronaldo is the only player who has scored once in every tournament of the nine international tournaments in a row. Ronaldo has been the side’s match-winner on almost every occasion in the last three world cups, and at 37 years, Ronaldo hasn’t seemed to have dropped in his capabilities.

On the other side, momentum is with Lionel Messi and Argentina as they return to the World Cup stage in a bid to win their 3rd since 1986. The side almost won it in 2014, but the German team that year was too strong for Messi’s side. Messi won the Golden Ball that year but missed out on the prized possession.

Argentina has had a purple patch and Messi’s exceptional contribution in the national jersey. Argentina won their first major title in 1993 last year, winning the Copa America defeating Brazil 1-0.

Since then, interest has been with Argentina as they go in as hot favorites ahead of the tournament.

This might be the last occasion where we might see both of them play together in a world cup, making the demand for world cup tickets soar higher. Ronaldo might eventually retire in the next 2-to 3 years, at least from the international arena.

Messi is currently 34, and it is uncertain if he will maintain the same playing level in four years. Argentina and Messi will look for their third world cup and expect to sign off on a high.

2: The first to be played in Winter

World cup tickets are usually issued for the summer, but the FIFA World Cup of 2022 will be played in December for the first time. The original proposed dates for the world cup were from June to July, but Qatar’s heat pushed this to be held in November and December.

That’s pretty toasty for playing soccer outdoors, so officials decided to reschedule the 2022 World Cup for November and December, when it will be noticeably more relaxed.

The organizers ensure that fans who travel to Qatar will have a pleasant experience even with the shift. One essential inclusion in all the grounds is the air conditioning vents.

Qatar’s eight stadiums for which you can purchase world cup tickets will have fully functional air conditioning for the glamor event. Qatar University spearheaded the project to bring cooling inside the ground.

Pre-cooled air comes in through grills built into the stands and large nozzles alongside the pitch. Using the air circulation technique, the cooled air is then drawn back, re-cooled, filtered, and pushed out where needed.

No matter which ground you purchase world cup tickets, you will be assured of a comfortable and entertaining matchday experience.

Anyone worldwide can enter the world cup tickets draw on or before April 28 to stand a chance to win world cup 2022 tickets. Following this, FIFA will conduct a random selection draw for the winners, and the successful applicants will then be notified from May 31.

Fans can apply for tickets based on the match or the team preference. The organizers have also opened up the possibility of reserving provisional world cup 2022 tickets, provided your team goes to the knockout phase.

The prices for tickets start as low as $70 and can go up to $220 for group stage games. Ticket prices will increase as the tournament advances to the knockout phase. The world cup tickets for the final will be the most expensive and will cost anywhere between $600 and $1,600.

Only a handful of people will get their hands on world cup tickets through the draw. Because it is of finite quantity and the high levels of competition, no matter what you do right, you might be missing out on tickets.

But, to provide every fan with an opportunity to watch the FIFA World Cup, Seatsnet is coming in handy. The largest ticketing destination dedicated to sports and music events across the globe, the platform simplifies the pathway for anyone to get tickets. A total of 64 games will be played over the 28 days, and through the Seatsnet platform, a limited set of tickets will be available for fans to purchase.

Head over to Seatsnet and choose FIFA World Cup 2022, and you’ll have all the available tickets as they get listed on the platform. These tickets make the platform go through several validation checks and the sellers to ensure that these are legitimate world cup tickets.

Through this process, all the incorrect and incomplete listings get removed and what you will see are all genuine world cup tickets for you to purchase.

Based on availability, you can proceed to make a purchase and start making plans to travel to Doha, Qatar. All world cup 2022 tickets will have all the details you need to be spelled out, so make sure you pick them correctly.

Once completed, you can receive your tickets by email. All sellers on the platform are verified and go through a series of security checks to ensure that buyers receive authentic tickets.

Also importantly, the tickets you receive will need to be transferred correctly to your name and travel documents. Ensure you communicate the correct details with the seller to avoid issues with your world cup 2022 tickets.

Once the ticket is confirmed, you will need to get a Hayya Card — a mandatory all-purpose identification card for the World Cup visitor issued by the Qatari government.

The Hayya Card (Hayya means “let’s go”) not only acts as an entry visa to Qatar but it must be presented — in addition to your ticket — to get into the stadium on match day.