AMIR KHAN has revealed boxing legend Manny Pacquiao has approached him about the possibility of a fight.

Former super-lightweight world champion Khan, 35, retired from boxing after his stoppage defeat to Kell Brook back in February.

Pacquiao finally retired from boxing after a defeat last summer[/caption]

And Pacquiao, 43, who is the only eight-weight world champion in the sport’s history, hung up the gloves following a unanimous decision loss to Yordenis Ugas in August last year.

In May, the Filipino, who is the Senator of his home country, unsuccessfully ran for president.

And Khan has now claimed Pacquiao’s long-time trainer Freddie Roach called someone close to him to discuss the chances of either an exhibition clash or fully fledged fight.

Speaking to iFL TV, he said: “I got another phone call about another one [fight] today. 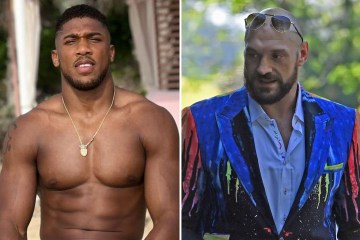 “Well, I didn’t. A friend of mine got a phone call from Freddie Roach to say that ‘listen, we want to get a fight now that Manny [Pacquiao] didn’t win the elections, let’s do an exhibition or maybe even a proper fight’.

“So I’m not going to chase something. I heard it and kind of laughed about it.

“I didn’t even want to mention it because it’s probably all b*****s to be honest with you.”

Khan was heavily linked with fights against both Pacquiao and Mayweather throughout his career, but never ended up facing either of them.

After becoming the unified champion at 140lbs in 2011, the Olympic silver medallist eventually moved all the way up to 160lbs where he faced Canelo Alvarez for the middleweight title and suffered a knockout defeat.

He finally stepped into the ring against bitter rival Brook earlier this year but was outclassed in a performance which brought the curtain down on his storied career.

World Music Day 2022: Music is not only entertainment, it is also a therapy, find out how music is good for health!

Holidays: Where is hot to travel to in autumn and winter?