DOWNING Street has insisted Boris Johnson is supportive of women’s football after his absence from Wembley and the lack of a No 10 reception for the Lionesses.

The Prime Minister’s official spokesman was asked why the PM watched the women’s Euros triumph from Chequers but went to the men’s final last year.

Meanwhile the FA is understood to have decided against a bus parade on safety grounds.

But the England men’s cricket team were invited to No 10 and had bus parades after winning the Ashes in 2005.

The women’s national rugby and cricket teams have also previously had No 10 receptions. 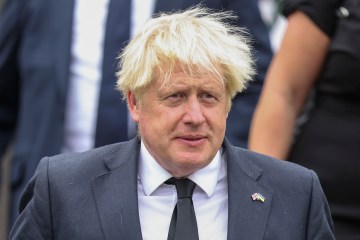 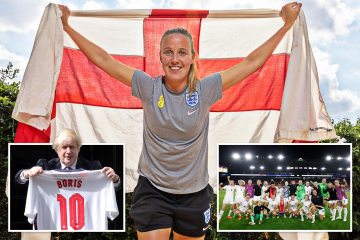 IN FOR A PENNY


Penny Mordaunt backs Liz Truss to be the next PM


Who do YOU want to be the next PM? Vote here for Rishi Sunak or Liz Truss

German Chancellor Olaf Scholz was at Wembley on Sunday.

The PM’s spokesman said: “I think the public will judge the Government on the support it has given to women’s football.”

No 10 also said there will not be an extra bank holiday to celebrate after a call by Labour.

Footie aces of the future

THE Lionesses are an inspiration for future fans and players.

Here, some of their youngest female fans explain what the triumph means to them.

Poppy Welbourn, nine, of Berkhamsted, Herts, said: “The win has made me want to play football even more. I hope one day I can be on the England team.”

Bea Robinson, ten, also of Berkhamsted, said: “I am training to be a goalkeeper and one day I hope to be as good as Mary Earps. She is amazing.”

Emily Campbell, ten, from Manchester, said: “Ella Toone is my favourite player because she never gives up and keeps going.”

Ellie Allgrove, eight, from Hemel Hempstead, Herts, said: “They’ve inspired me to follow my dreams to be a footballer.”

Maisie Curtis, 13, from Hitchin, Herts, said: “I one day hope to play for England and be like Alex Greenwood.”

Killer, 19, jailed for life after stabbing his own mum, 54, more than 80 times in vile attack

How to Create Awesome Travel Videos on Your Phone

5 Tips to Invest In Commercial Real Estate In The UK