Football league that steals the fans’ dreams is anything but super

ONE thing I have always loved about the beautiful game of football is that it belongs to everyone.

Anyone, no matter their background or family income, has the potential to become a footballer, and fans watching games together is one of our national pleasures. And it is a great leveller.

So the idea of creating an elite European Super League, which I first heard about when the chairman of the Premier League called me last Sunday morning, was a bombshell.

Six Premier League clubs were plotting to form a breakaway ESL, which would be a closed shop.

In the process they would be stealing supporters’ dreams of European football and sucking all the revenue out of the game. By no means only about money, it would also mean the rich would get richer at the expense of the rest of us.

There were so many things wrong with the idea.

The Real Madrid president Florentino Perez, who was also chairman of the SL for its 48 hours of existence, said the motive behind the new league was to make football more sustainable[/caption]

For a start, the self-proclaimed “big six” teams involved would have one eye on their European midweek games. They would not have to fight for their positions in the Premier League because, regardless of where they ended up in it, they would have a free pass to this European competition.

This would have had a devastating impact on the Premier League.

What I found staggering is that the six Premier League teams didn’t consult their players, managers or fans.

They announced the breakaway, then left their players and managers to answer questions about it while the owners who made the decision hid from the media. How cowardly! And how misguided. Without the players, manager and fans you have nothing.

It was also shocking that they announced it with seven games still to go in this season. How disrespectful.

As luck would have it, it turned out to be one of the biggest PR disasters of all time; a textbook exercise in how to destroy your reputation in a few hours.

That’s because it was a badly conceived idea cooked up by mainly American owners (the only country to have a “World Series” in which only American teams play!) and an American bank.

They completely misjudged suppor­ters and what’s important to them, which is winning trophies on merit in games for which they have earned their place to play. Professional football is competitive, this so-called Super League was not.

The Real Madrid president Florentino Perez, who was also chairman of the SL for its 48 hours of existence, said the motive behind the new league was to make football more sustainable.

Fans united in condemnation of the planned breakaway league[/caption]

He said this on the same day Real Madrid reportedly signed David Alaba on a five-year contract said to be worth £500k a week. That’s not how you become more sustainable.

But I think it was the “closed shop” aspect that infuriated most people.

The 12 founder clubs would be guaranteed a place in the competition for 23 years, regardless of how they played in their own league, and would never be relegated. There would be almost no new teams, no matter how well they did.

Of the 12 Super League founders, four have never won a European Cup or a Champions League. AC Milan have a smaller revenue than Crystal Palace and Sheffield United.

Three of the clubs didn’t even qualify for this season’s Champions League and only four managed to reach the quarter-finals. While last season’s finalists — Germany’s Bayern Munich and Paris Saint-Germain of France — declined to be in it. That’s how super it was.

One of the reasons the clubs were chosen was because they had the most fans on social media. So much for sporting integrity.

Paris Saint-Germain, Bayern Munich and Borussia Dortmund were offered a place in the Super League and turned it down. It’s shameful that not a single English club did.

I TAKE MY HAT OFF TO THEM

There are a couple of things I love about this story, though.

Firstly, the unstoppable force of fan power. Also the power of the managers and players who came out and destroyed the idea within 24 hours even if — like Liverpool captain Jordan Henderson — it meant speaking out against their owners. I take my hat off to them all.

But it is the supporters who realised that if the Super League went ahead the football pyramid would be destroyed. A lot of value would have come out of the English broadcast rights; much of that money is passed to the lower leagues, and games would be less competitive.

The other positive is the reminder of what a decisive government can achieve when it is motivated. It was Prime Minister Boris Johnson saying he would put a legislative bomb underneath it that really brought the so-called Super League down. I wish the Government had this approach about a few other things.

It’s hard to know where they go from here though. A lot of trust and respect has gone.

Sanctions will be imposed by the Premier League board against the six clubs. I hope that is not points, which would punish the supporters, players and managers who had nothing to do with it.

I also hope the Premier League takes advantage of the mood of the nation and of the supporters and draws up a charter that prevents owners from forming breakaway leagues and trying to destroy the football pyramid — and the game so many of us love.

Khloe Kardashian is not put off by recent criticism[/caption]

She is continuing to do what she does – most recently, promoting her line of shoes while in a pool[/caption]

YOU’VE got to love Khloe Kardashian’s continued determination to defy the criticism she has talked about lately by continuing to do what she does – most recently, promoting her line of shoes while in a pool.

I guess that’s one way of advertising shoes.

But I really hope those are waterproof. 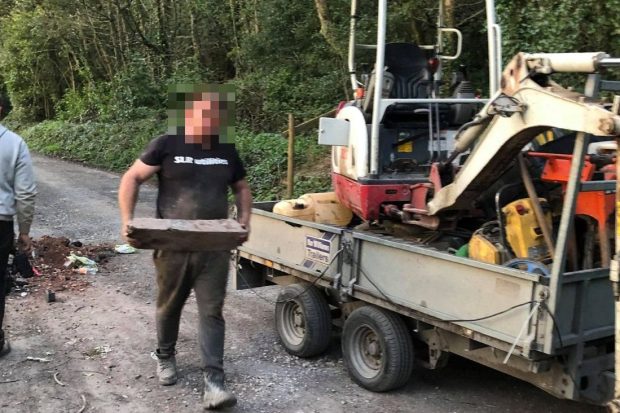 I LOVED the footage of the brave woman confronting three burly fly-tippers who were dumping building waste at a Devon beauty spot.

She managed to shame them into loading it all back on to their lorry after she caught them emptying a load of building debris on a quiet country lane.

The woman, who was putting her chickens out, had the presence of mind to film them and said they were so shocked they didn’t know what to do.

Now that there is a video of them, let’s hope it leads to them being prosecuted.

WHO could have failed to be moved by the sight of the Queen sitting alone at her beloved husband’s funeral? But what choice did she have?

She is subject to the same coronavirus rules and was leading by example, showing solidarity to those of us who have had to put up with the same unbearable restrictions when saying goodbye to our loved ones over the past year.

However, ministers say they will now allow 1,000 fans into a theatre to watch a snooker final – and yet they are refusing to raise the 30-person cap on funerals.

This week the Government rebuffed calls to review the funeral limit – at the same time as Culture Secretary Oliver Dowden saying he wants a full crowd at the World Snooker Championship final at the Crucible in Sheffield.

How can the snooker have more people than a funeral? Bear in mind that I speak as someone with a keen interest in seeing stadiums and studios packed with a live audience again, as soon as possible.

In the meantime, weddings and funerals are way, way more important than sport or shows.

THE AGE OF RAGE

I WAS shocked by the film of a Merseyside driver so consumed with road rage that she spat at a fellow motorist.

She got out of her red Honda Jazz at a red light, started a verbal fight with the driver in the car behind her, then spat at them.

A truck driver captured the woman ranting while standing beside the window of the black Ford S-Max that had stopped behind her at roadworks.

I don’t know if this spate of bad behaviour is a lockdown thing.

But seriously, what is wrong with some people?

I’M sure when it comes to dating – something I have not done for more than 25 years – it’s a jungle out there.

But it’s hard to sympathise with the food blogger who dealt with rejection from a woman by bombarding her with 11 pages of abusive messages.

Poole Magistrates’ Court heard Dorset chef James Larby, 37, sent Rachel Neillings, 35, the messages after she broke up with him when he changed his Facebook status to “in a relationship” while they were in the early stages of dating.

He managed to avoid jail.

But something tells me future dates will be giving this man a wide berth. 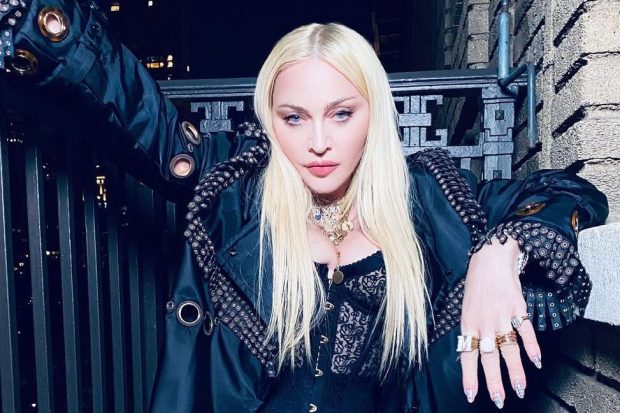 PEOPLE love her or loathe her – and I know plenty in each camp.

PEOPLE love her or loathe her – and I know plenty in each camp.

But looking at Madonna in the Burberry campaign, on the balcony of a fancy hotel in her trench coat . . . well, you’ve got to admit she looks sensational for any age.

But given she’s 62, still pushing boundaries and challenging expectations, I’d say she’s an inspiring role model for any of us.