IT was amazing to hear the sound of actual football fans at the League Cup Final.

This was real people making real noises — live, not recorded.

I didn’t realise how much I’d missed that noise and I had no idea I would find it so moving.

How brilliant it must have been to be there, even for Spurs fans.

It has been said often enough that football is nothing without the fans, but it was only when I heard the sound of them again that I really understood what that means.

I was shocked to realise to what extent I’d stopped caring quite as much about football.

I’d thought this was because West Brom have been awful all season and looked nailed-on for relegation from the start. But now I’m not so sure.

I mean, I am still quite sure we’re going down. But I’m pretty clear this isn’t what’s been behind my loss of enthusiasm for the game that has been a key part of my life for half a century.

No, it’s because it really is all about the fans. As soon as I heard the noise of the Man City, Spurs and neutral fans roaring and chanting, I knew I cared as much as I ever did.

I can’t actually say I enjoyed the feeling. It felt very much like dread.

“Oh dear,” I thought, “I DO care — and I am very upset indeed that my team are going down.” I’m almost disappointed I felt this bad. I honestly thought

I’d grown out of it. No such luck.

I’ve always felt that your passion and love for your team is much less about the players and the club than it is about love for your fellow fans.

You celebrate together, you despair together. You’ve done so for years with your people.

Some you know personally, some you don’t. But we have stronger bonds than we realise with fellow supporters of our clubs. We’ve put down very deep roots, entwined around each other.

But for these roots to deepen, you have to be there next to each other at matches.

That’s where the bond and the passion really grow.

We were literally listening to the sound of that happening again on Sunday.

It’s not just about the match itself, by the way. The stuff around being there is just as critical.

It’s about getting there and getting back, which for many of us is a day’s work in itself.

It’s obviously about the joy of thousands of you physically celebrating together.

But just as important are the hours you spend together after defeat — the eternity it seems to take to file out of the ground, sit in traffic or squeeze on to a train. This is the fuel that feeds the souls of football fans, igniting the passion which fires the noise, which turns the match into something worth watching.

This was the ghastliest thing about the “Super League” idea — it was only about the television audience. The pretence this wasn’t the case was finally dropped.

In this, it was almost refreshing. We’ve been going this way for years.

For the Premier League clubs, whatever they could squeeze out of fans actually coming to matches was a drop in the ocean compared to the riches flooding in from television deals.

The glorious sound of the League Cup Final was a beautiful reminder that without real fans making real noise watching real matches, in the end there really is no football worth switching on for.

So yes, those fans at Wembley made me care again.

Unfortunately for me, their timing stank. Later that evening West Brom were playing at Villa. For the first time in a while I felt that dreaded tightening of stomach knots, fluttering butterflies and elevating heart rate.

We went behind, then equalised and went ahead, and defended like lions until letting them equalise with all but the last kick of the game.

I was in bits. I mean from the bottom of my heart everything I’ve said above about the importance of being at matches.

But I must admit that on the final whistle, I texted all my Albion mates and said: “Thank God we weren’t there.”

THE story of the Post Office’s 20-year pursuit of innocent sub-postmasters is one of the most unbearable corporate outrages I can remember.

These poor people were given a faulty computer system to use which made it look like they’d been stealing money.

The former chief executive of the Post Office, Paula Vennells, has resigned as a non-executive board member of high street retailers Dunelm and Morrisons[/caption]

Many went to prison. Some died awaiting justice. All their lives were blighted.

The allegations must have looked totally preposterous to them when they were first made. But something chilling comes to mind, which the human rights lawyer Clive Stafford-Smith once shared with me: Innocent people are generally terrible at defending themselves.

This made no sense to me at first, but now I get it.

If you stand accused of something you obviously, definitely haven’t done, it must be hard to take that accusation seriously.

I’m not saying that this applies in the postmasters’ case but if I were them, I imagine I would have simply assumed that the system would work and the truth would come out.

In the end, I suppose, it did. But it shamefully took 20 soul-destroying years.

May they now be properly compensated as a matter of urgency. 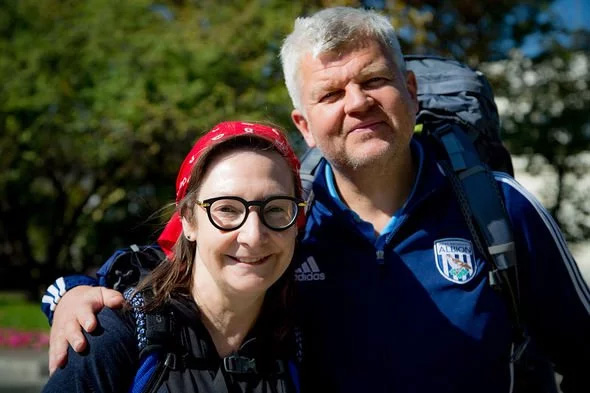 I READ with approval about crisp sandwiches being a massive guilty pleasure. So true, so very true.

Being a keen cook and food lover with ideas above his station, I’m ashamed to admit I hadn’t sunk my teeth into a crisp sandwich for many a long year.

Then, 18 months ago, I was climbing a Bulgarian mountain for the BBC series Pilgrimage. I was with, among others, Pauline McLynn – famously Mrs Doyle in Father Ted.

Just below the summit we were each given two cheese sandwiches, into which Pauline and I piled Bulgarian crisps.

My word. What a taste sensation.

She said she didn’t want to climb to the very pinnacle, so I left her my second sandwich to look after while I went up.

I’m sorry to say that by the time I came back down, Mrs Doyle had eaten my sandwich.

I was desolate. Later that week, she was bitten by a rabid fox. Serves her right.

I fail to deliver… again

A BIG reason I wanted to be in newspapers was my paper round as a kid.

I loved the smell and weight of the different papers, and the thrill of thinking that people were waiting on the other side of their letterbox to read the words which others had written and printed, but which I was responsible for actually delivering to them.

These feelings have all come back to me this week. I’ve been at the seaside village I’ve been coming to since 1971.

For the first time I was invited to be part of the collective that arranges, on a rota, to fetch the papers from the next village and leave them in the church porch for collection.

Furthermore, I was actually entrusted to go and get them.

I was told the shop opened at eight o’clock, so I thought I’d leave it until 8.30 to give them time to get sorted.

But at 8.25 I got a call telling me the villagers were wondering why their papers weren’t already in the porch.

I raced to get them and I thought all was well. But I was informed later I wouldn’t be required to fetch them again.

This is a low point: I’m nothing but a sacked paperboy. 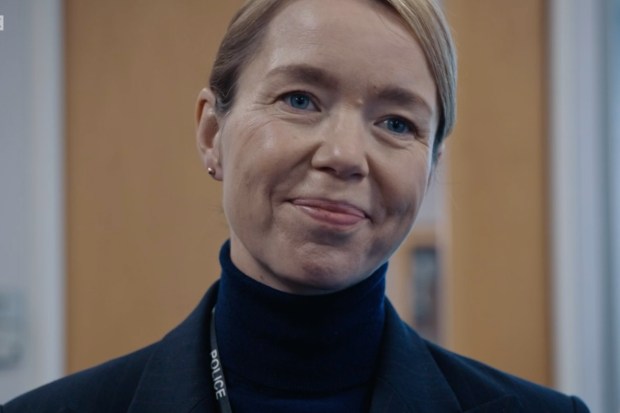 AN eminent theologian – at Harvard, no less – once told me that if God were confirmed to exist, that would spell the end of religion. Because without the mystery, the whole thing would fail.

This came to mind during Sunday’s Line Of Duty. We’re all desperate to find out who H is.

I for one would give anything for it to be that bloody Carmichael woman, with her vile smile, unlikely though that would be.

But my point is that we should be careful what we wish for.

If H is finally identified, surely that would spell the end of the show.

Without the mystery of H, series seven of LoD could be DOA.

WE'RE ON OUR WAY

IN 1985 I launched my acting career, playing the lead male character in the musical Cabaret at school.

I was hopeless. My memory of this crime against musical theatre was jogged by The Sun yesterday with the story about the baker who’s selling a pie filled with an entire English breakfast as a hangover cure.

Sounds a bit too stodgy to me.

In this play my character was advised to try something called a Prairie Oyster for a hangover. This was a raw egg (yolk unbroken), mixed with Worcester sauce, salt, pepper and Tabasco.

I tried it once. It didn’t work and tasted as foul as my singing sounded.

UK smoking ban explained: When did it come into force and what are the rules?